This brief fairy tale, originally written for the Prism Book Tour, is based on the story world of The Valley of Decision. One deep night, a mother of Alamir tells her child the story of another night, long, long ago …

One more tale? All right, my love; just one.

Long ago, the great father Athair led the first Alamiri up into the Rhugarch Pass. They were men of his clan, relatives loyal and strong. When they scaled the mountain to the Rhugarch Gap, they stopped for the night. 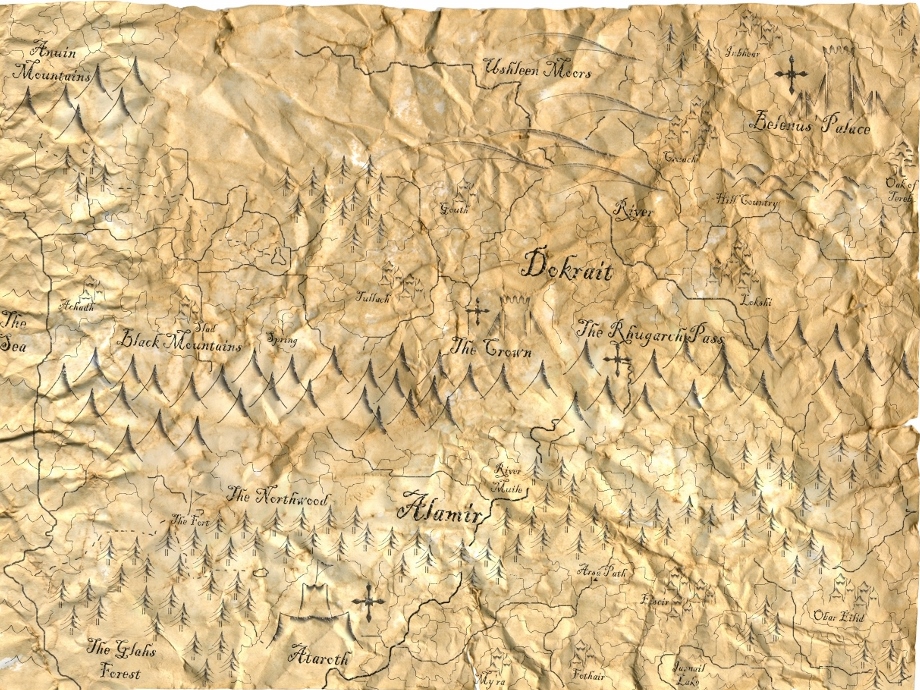 The men settled down to their rest; the fire sank into embers; the watchman grew drowsy. And a soft, soft pattering murmured into the camp.

Athair, great warrior that he was, woke and listened. Was it the wind? Was a fox slinking among the rocks?

A small, dark figure crept into the light of the dying fire. It stopped beside a sleeping man, and a stone dagger was in its hand.

With a roar, Athair hurled his knife and dropped the strange attacker dead. At his shout all his relatives leapt up from their slumber, drawing out weapons.

At that same moment, scores of small, fierce creatures swarmed into the camp. Athair commanded his men, and they stood back to back, in a circle around the fire. So standing together, they held the creatures at bay.

But the night was long, and their enemies were implacable, and the men grew weary. In the second watch, one cried out, “Athair, father of our clan, how long must we fight?”

And he said, “Until the morning comes.”

In the third watch, another cried out, “Athair, elder of our tribe, how long can we endure?”

He said, “Until the morning comes.”

When dawn broke over the mountains, sending pale rays of light shooting at the battle-torn camp, the attackers scattered and fled. But for one moment, Athair saw them in the light, and he knew them for what they were – the hobgoblins, the darkness-dwellers. And they, like the darkness and all dark things, fled with the coming of day.

Are hobgoblins real? I think so; don’t you?

Ah, but the candle is burning low, and now it is time for you to sleep. The morning comes, as Athair said, and it will be bright and good.

So sleep, my child; sleep.