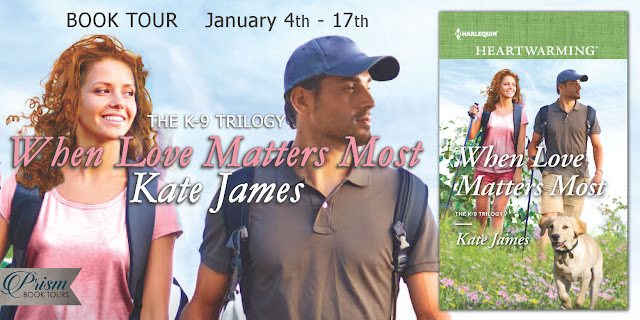 When Love Matters Most

This is an exciting time for Harlequin Heartwarming. Thanks to the loyalty of our readers, for the first time, our January releases, including When Love Matters Most, are available as mass-market paperbacks through Amazon, Barnes and Noble, and Harlequin.com. Also, When Love Matters Most will be available in select Walmart stores in the United States in February! Please check the Harlequin website for the location nearest you. Thank you to all our readers who made these advancements possible for us!

We hope you found out more about the characters and the research behind the K-9 Trilogy, and also enjoyed all the reviews! If you missed any of the stops, go back and check them out now…

“I especially enjoyed the various elements to this story. There’s a mystery/suspense angle that plays well into the romantic angle, which is complicated. I enjoyed the family relationships, the new friendships, and the loyalty to each. This is definitely a series I plan on continuing to read!”

What inspired you to write this book?

I have tremendous respect and appreciation for law enforcement personnel who dedicate their lives to keeping us safe, and I love all animals, with a particular fondness for dogs. Combining these two things, the K-9 trilogy was a natural outcome for me.

“Still, ‘When Love Matters Most’ is a heartwarming novel. They’ve got that part down pat! The content is clean and still romantic. Madison is a strong female character and Rick is a man with jaded past and a big heart. Together they tackle obstacles and come to realize that perhaps what is matters most, is love. :)” 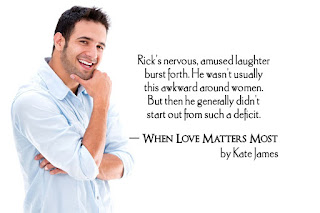 “A sweet romance with a dash of suspense, When Love Matters Most gives another fascinating peek inside the world of police dogs and their handlers. While it starts out a bit heavy on narrative, the dialogue eventually evens out and the pace flows smoothly from there. Kate James has obviously done her research, and readers will appreciate K-9 officers on a whole new level after reading When Love Matters Most.”

“This engaging and entertaining story will delight readers, along with fun and easily-relatable characters. I would recommend this story to readers that enjoy contemporary novels with a mix of romance and mystery thrown in.”

Getting Your Read On – Review

“Overall, this was a good book. I enjoyed it from beginning to end. It was good to get to know Rick and Madison and also to see the characters from the previous book in this series. I’m looking forward to the next book!” 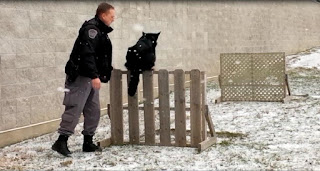 I would like your readers to know how much I sincerely appreciate that they choose to spend their valuable and limited leisure time reading this post or one of my books. I am also very grateful when a reader posts a review or reaches out to me to let me know how they enjoyed one of my books. 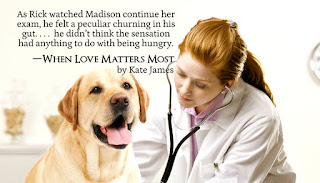 Madison Long, the heroine from When Love Matters Most, is a veterinarian. Not only is she the primary caregiver for the San Diego Police Department’s police service dogs, she is conducting ground-breaking research involving platelet-rich plasma therapy, to help animals heal from injury.

Rick Vasquez, the hero from When Love Matters Most, is a sergeant with the San Diego Police Department’s K-9 Unit. His job is to thwart drug trafficking. He’s been partnered with narcotics detection canine, Sniff, since he joined the K-9 Unit. Rick and Sniff are as close as is possible for any person and dog to be. Here are ten reasons why it’s advantageous to be a K-9 officer working with a police service dog partner. 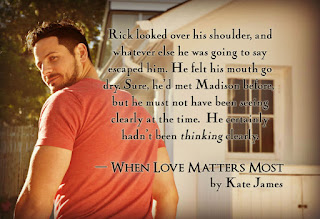 “I loved watching their relationship develop! It felt natural and they had some great conversations. Those did lead to a huge issue that came between them and I honestly wasn’t sure if they would be able to resolve it. There was also mystery and suspense in this book, which made me love it even more. I loved this book from beginning to end!”

“The author shows knowledge concerning K-9 Units, and she has artfully woven police business together with a romantic story. When Love Matters Most is a book that’s difficult to put down, and I can honestly say this is my favorite of the Kate James novels I’ve read so far.” 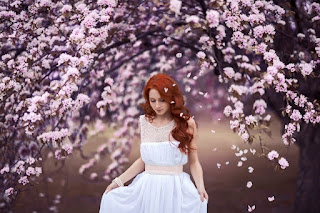 Thoughts of a Blonde – Review

“Another great one that wrenches at your heartstrings! The 2nd book in The K-9 Trilogy did not disappoint. I loved meeting Rick and Madison and it was great to see Cal & Jessica again from the first book in the series.”

“When Love Matters Most is a story that touches the reader so closely that this book was so easy to fall in love with. I really like the characters because of their heartwarming personality.” 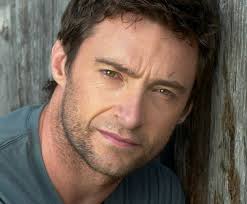 underneath the covers – Heroes Chat

To celebrate our releases, we decided to bring our heroes together to talk about the challenges law enforcement officers face sustaining relationships. As our scene opens, K-9 Unit sergeant Rick Vasquez, the hero from When Love Matters Most, is nursing a beer at Buster’s Beach House Bar in San Diego, after having broken off with his love, veterinarian Madison Long. Unexpectedly, he sees FBI Hostage Rescue Team (HRT) agent Kylie McKenzie, who Rick had met a number of years ago when he and his narcotics detection dog, Sniff, assisted the FBI with a drug-related hostage case… 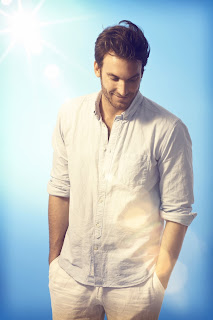 Having had only a passing knowledge of police service dogs through a friend who used to be a handler, I knew I had to do research, and it turned out to be a lot of fun….After securing the requisite security clearance and necessary approvals, I had the great pleasure of spending a considerable amount of time with PC Jim Hilton of Ontario’s York Regional Police.

Enrique (Rick) Vasquez, alias Pitbull, is a sergeant with the San Diego Police Department’s K-9 Unit. His job is to thwart drug trafficking. He’s been partnered with narcotics detection canine, Sniff, since he joined the K-9 unit. Rick was born in Mexico to parents deeply immersed in the drug trade…

“You will be cheered, mesmerized, enraptured, captivated and more with Kate James New Novel, ‘When Love Matters Most!'” 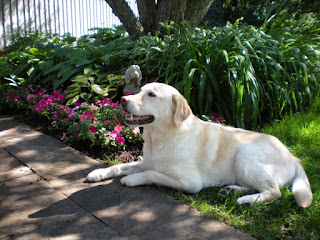 Enrique flinched at the burst of gunfire. That slight motion nearly made him lose his balance. He’d been hiding in the corner of his closet for a while, as high up as possible, bracing himself with his back against one wall and his feet against the facing wall. It wasn’t the first time he’d hidden there, trying to avoid discovery, but at twelve he was almost too big to fit. His muscles spasmed from the exertion. He rubbed his thigh, trying to get the blood circulating.

“Would I recommend this book? You bet. Anyone can read it and I think that they should. Crisp writing, great characters and a plot that is revelant today. Plus, its just a great romance. “

Keeping her safe at all costs

Could their backgrounds be any more different? Rick Vasquez, a K-9 unit sergeant with the San Diego Police Department, fled drug-related violence in Mexico as a boy. Madison Long, who recently became primary veterinarian to the SDPD’s canines, is the privileged daughter of a judge. Rick has dedicated his life to curtailing cross-border drug trafficking and preventing other young boys from being drawn into the dark world of the cartels.

But everything Rick and Madison value, and the growing love between them, is threatened by the dangers of Rick’s job, and the risks he’s determined to take…

Kate James spent much of her childhood abroad before attending university in Canada. She built a successful business career, but her passion has always been literature. As a result, Kate turned her energy to her love of the written word. Her writing has been recognized with a number of awards, including first place honors for Silver Linings in both the First Coast Romance Writers’ Published Beacon Contest and Ancient City Romance Authors’ Heart of Excellence Readers’ Choice Award. Her November 2014 Harlequin Heartwarming release, A Child’s Christmas, received first-place honors from Southern Magic, the Birmingham Chapter of the Romance Writers of America, for the 2015 Gayle Wilson Award of Excellence, placed second in the Ancient City Romance Authors’ Heart of Excellence Readers’ Choice Award, and was a finalist in RWA’s Desert Rose Chapter’s Golden Quill Award and the Colorado Romance Writers’ Award of Excellence. Finally, her October 2015 release, When the Right One Comes Along, the first book in her K-9 trilogy, has received a Best Book of 2015 award in the contemporary category.

She and her husband, Ken, enjoy traveling and the outdoors with their beloved Labrador Retrievers, Harley and Logan.

Kate would love to hear from you! You can connect with her by e-mail, through her website, her Facebook page, Twitter, or mail at PO Box 446, Schomberg, ON, L0G 1T0, Canada.