In the lately-renewed controversy surrounding The Shack, two defenses of the book, and now movie, stand out to me. Both are meant to silence theological critiques. “It’s just a story,” runs the first. The second is more varied and a bit harder to sum up, but it turns on how the book makes people feel, especially about God’s love.

These defenses don’t answer criticisms of The Shack; they dismiss them out of hand. They make me 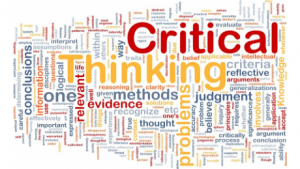 think of what Ravi Zacharias called his radio program: “Let My People Think.”

To dismiss criticism of a novel’s theology by pointing out that it’s just a story implies one of two things. The first is that stories can’t present a theology. As a statement regarding stories generally, this is wrong; as a statement regarding The Shack in particular, it’s absurd. The whole purpose of The Shack is to expound on theology, and it has all the subtlety of a sledgehammer. No one who has read the book will doubt that it makes a theological statement with clarity and at great length.

I think, then, that It’s just a story carries the second implication, namely that the theology of a story is irrelevant. But once admitting that a story has a theology, how can that theology be irrelevant? A story’s elements differ in importance, but no element is simply irrelevant, and a story’s ideas about God are far from the least relevant. Further, stories have power in that they work through the imagination and the emotions, sometimes bypassing the head. A story’s ideas, especially about God, matter.

There might be a third, more sophisticated understanding of this argument; it may mean that stories shouldn’t be judged too strictly because their form creates limitation and an inherent ambiguity. Generally, this is true; specifically regarding The Shack, it isn’t.

C.S. Lewis, when he wrote a novel about a mortal demanding answers from God, set it in an ancient, mythical world that required something more imaginative and more allegorical than a straight-up discussion of Christianity. But The Shack takes place in our world, and it’s chock-a-block with straight-up discussions of Christianity. Unlike other novels, it doesn’t present its ideas through fallible characters, who might be wrong, or events, which are open to interpretation; it has the Almighty state its ideas in endless exposition. There are few novels more obvious in their theology, and any notion that that theology is beyond the bounds of critique is simply wrong.

Other Christians justify The Shack by how it makes them feel. I don’t dismiss the importance of feeling God’s love, or the value of a bridge between the head and the heart. And yet: Feelings are no justification in the end.

Human feelings, no matter how spiritual they may seem, are not incontrovertible proof of God’s work; God’s work is not necessarily a seal of approval on His instruments. Maybe God has used The Shack, as people say, but you know, He used Pharaoh, too.

That The Shack makes you feel (correctly) that God is love doesn’t mean that it isn’t wrong in other respects; neither does it make significant errors all right. And it’s not enough to feel rightly about God; we need to think rightly about Him, too. Even the feeling that God is love, without any feeling that He is also majestic and terrifyingly holy, leaves us stranded a long way from home.

We live in an anti-intellectual age, where feelings are taken to be the basis of everything from moral truth to government policy. But Christians should swim against that current, too. We shouldn’t dismiss what a novel or movie says about God because it’s just a story; we shouldn’t be so carried away by how something makes us feel that we don’t want to think about what it means. Ideas matter, and they can be bad even when the feelings are good.