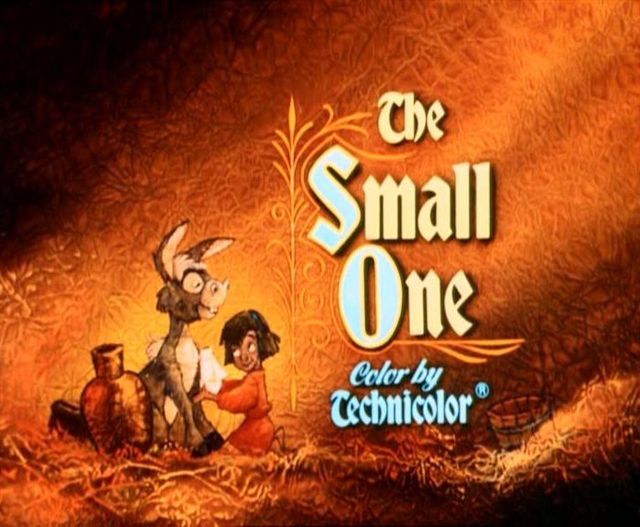 But his father tells him they must sell it, because it’s too old to earn its keep and they can’t afford an animal that doesn’t. So the boy takes his donkey to the city, trying to find a good man who will buy it.

Comes the answer: “No, no, little boy, I will not buy!” And those are the nice people.

Small One, one of the movies of my childhood, is a simple and sweet film. That it never got on the networks’ annual run of Christmas specials, but Frosty the Snowman did, is part of what’s wrong with the world. (Not that there’s anything wrong with Frosty! I liked it when I was six.) Small One‘s run-time is 26 minutes, and the only character who has a name is the donkey. This does not feel like a lack (though it can make review-writing a bit awkward). The story does not need names. It’s too directly human, engaging the heart in broad plainness.

The animation is old-fashioned and charming. There are lovely touches – moonlight falling into the stable, golden clouds in a pale blue sky, the illustrations that formed the background of the credits. There are clever touches – the forbidding atmosphere of the tanner’s shop, silhouettes seen through colored tent curtains, the soldier who seems, as the boy looks up at him, to be seven feet tall.

So with the music. From the tender song in the credits, to the plaintive chorus, “Small One for sale,” there is a great deal of loveliness here. There is also a good dose of cleverness in the bankers’ song. “Clink clink, clank clank, give your money to the bank, telling little stories you can trust” – as they shift their eyes so slyly.

Small One is a children’s story artfully told. That’s why its maturity surprised me. The father tells his boy that Small One must be sold. There’s no rebellion, no escape. The happy ending that the film seeks is that the boy will be able to sell his donkey to a kind man. We never doubt how much he loves Small One; that love drives him to the end of the story – in trying to find a good home for Small One, not in trying to keep him. 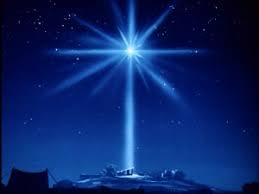 The end is beautiful. Softly, lightly, it steps into the radiance of Christmas. We see the stranger who buys Small One … a glimpse of travelers on the road … the stable and the Star of Bethlehem, its long rays a shining Cross between heaven and earth.

And you begin to feel that everything is more than all right in the end; it is right. As they sing in the credits, and again as the Cross stands in the sky: “There’s a place for each small one – God planned it that way.”