I’ve been thinking about what to do for my blog this week, and then it came to me: I could review Dick Cheney’s memoir, In My Time. So here goes:

Dick Cheney spent forty years in public service, and he has been at the center of some of the most important and most controversial policies in recent times. Never one to pull punches, he is finally telling his side of the story. I imagine it will be good. Five stars.

Now, some of you may be asking: What kind of a review is that? And the answer is, it’s the kind of review you’ll find if you go looking on Amazon.

Tuesday – the day Cheney’s memoir was released – I looked it up on Amazon. I was surprised to find 34 reviews already up. Did thirty-four people really rush out, buy the book, read all 576 pages in one day, and then throw up a review on the internet?

And the answer, I am sure, is that some people did, just not thirty-four of them. An old problem is brought into focus here. Although there are many helpful and thoughtful reviews on Amazon, there are some that are, well, less so. Some reviews are not even legitimate, such as when people review books they have not read.

Sometimes you know this is the case. For example, there were one-star reviews of Cheney’s memoir where the authors admitted to not having read – or at least finished – it. I recall one person who said he would read the book he was supposedly reviewing when “I am forced to turn to the study of Larger Than Life International War Criminals”. So believe that one-star rating he gave.

There are also the reviewers whom you can only suspect of not reading the book. These are the ones who are light on facts and heavy on hot, hot emotion. 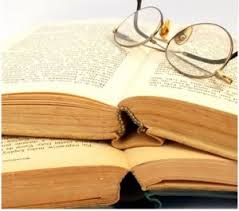 And hot emotion is exactly what Dick Cheney stirs up in many quarters. When people who are both famous and controversial write books, a funny thing happens. A lot of people try to review their books and end up reviewing them. Dick Cheney is both the author and subject of his autobiography, so it’s a blurry line, but when a review consists almost entirely of judgments on the man rather than the book, it’s crossed it. And all those one-star ratings, and even some of those five-star ratings – they’re not rating the book. They’re rating the author.