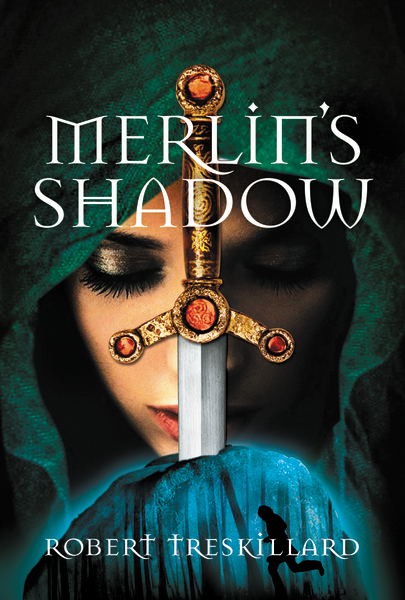 For being such a little guy, Arthur has all kinds of people after him.

The High King, who is technically his uncle, wants to kill him. The Picts regard him as a bit of plunder. The arch-druid wishes to avenge a blood-grudge on him. And Atle … let’s not even go there.

All in all, they turn Merlin’s vow to protect and serve Arthur into quite a challenge. While the whole world seems to conspire to tear Arthur away from him, it also conspires against his happiness. From his mother’s loss, to his blindness, to his father’s death, to his disfiguring scars, from slavery to unaccountable hatred – well, should anyone wonder if Merlin loses himself in a storm of doubt and fear?

The plot of this book was so well-woven, with loops and twists I hadn’t expected but which made sense. Dangers were alleviated and then replaced; often, curiously, what saved them from the present danger was the next danger. Merlin’s storyline was wonderfully balanced against his sister’s. At a few points they crossed, but usually they ran alongside each other, and in some way mirrored each other. I think both Merlin and his sister faced the same temptation in the end.

I enjoyed the blend of history and legend in Merlin’s Shadow. Both the fantastic parts and the historical parts were interesting, and they were tied together seamlessly. In addition, the many backgrounds were fascinating: the sea, snowy islands, the abandoned Roman wall, forests and valleys.

Thematically, this book dealt a lot with suffering and with those good things we so naturally and even rightly want. But we can see, through the characters’ decisions, how even good desires will lead us astray if we don’t give God His place above them.

The violence in Merlin’s Shadow was relatively small-scale (i.e., it usually involved only a few people, and not large battles). Still, the episodes were fairly frequent and, together with a few brutal images, made the book too grim. I think it would have been better for trimming some of the violence.

But that is the only caveat I have to offer. In everything else, Merlin’s Shadow impressed me. The story, the characters, the settings were all well-done. The spiritual themes were profound and flowed naturally from the story, and there was a lot of beauty in the writing itself. The Merlin Spiral is a compelling take on the Arthurian legends.

Last month Robert Treskillard gave me an interview for this blog tour, and I’m excited to share it. I’ll post it in two parts, tomorrow and the day after.

An addendum: I signed up for a CrossReads book blast, realizing only afterward that the date was squarely in the middle of this blog tour – something I’ve avoided before, since mixing a blog tour with a totally unrelated book blast violates my sense of order. But both are scheduled and so both will go ahead.

So if you come back to read Robert Treskillard on his Merlin series, and come upon a post about Amish Christmases, just enjoy the irony. I’m trying to.