You have to take success where it comes, even if it happens to come on Netflix. That can be a little galling if what you really wanted was success on the silver screen, all across the United States. I learned that from Martin Scorsese, who has received a great deal of acclaim for The Irishman but wanted, in addition, a good, long theater run.

There was no room for him in the theater. This, at least, is Scorsese’s read on the situation. As he explained,

[T]he fact is that the screens in most multiplexes are crowded with franchise pictures.

Scorsese is making two points here. Both are interesting; one is correct. He is saying, first of all, that franchise movies are not overwhelming our 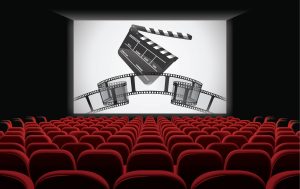 theaters because that is simply what people want. This statement rides on the implicit belief that the public taste is broader than that, that people can – and would, if Hollywood chose to offer them – enjoy films that break the ascendant formulas.

That belief does Scorsese credit. In the first place, it’s a compliment to his audience. In the second, it lays hands on a critical truth. Hollywood makes so much of its franchises and its formulas because they’re safe, not because they’re all the movie-going public wants. The studios are gambling millions on every film; naturally they are averse to unique formulations that have not been tested against public taste. But people are ready to enjoy, and to pay for, more than the current fads.

Still, it must be granted that the franchises and formulas are safe because people really do like them. Here we reach Scorsese’s second point. Scorsese argues that people want franchise films because they are given franchise films. No doubt Hollywood does help to create the demand it supplies. No doubt it doesn’t do so to the extent that Scorsese suggests. It is, as the cliche goes, a free country. The paying public is constantly allowing movies to hit the theater and flop. Why not the movies that so grieve cultured filmmakers?

Because people want those movies. At least, they want that sort of movie, and they will forgive failures in art to get it. This is a truth that critics, and artists with the souls of critics, have a tendency to miss: In terms of enjoyment, type matters as much as quality. If it’s comedy you want, then even bad comedy will do more for you than tragedy. The popularity of the franchise doesn’t prove that the movies are good. It doesn’t even prove that the public thinks the movies are good. But it does prove that the public wants them.

It is very profitable to find what people want and sell it to them. The whole aim of the franchise is to give the people what they want, and it hits the mark more often than not. Scorsese is wrong to believe that Hollywood creates the demand by supplying it. But he is right to believe that people want more than the franchise and the well-tried formula, that there is space yet for the different and bold. The public always holds surprises. You never know what people might like, or love, and even – for that is the way of things – turn into a new franchise.