When I first heard of Triplanetary, recommended as one of science fiction’s great space operas, I caught the copyright year 1997. When I actually got the book in my hands, I realized 1997 was the copyright renewal, 1948 was the original copyright, and much of the book had run as a serial in 1934. Triplanetary is, in a word, old. Old books are often the best to analyze; they come unhindered by current debates, unfiltered by current assumptions.

Triplanetary, an epic clash of four intelligent species framed as an even more epic struggle for galactic destiny, presents an excellent case-study of how a creator’s stories reveal his beliefs. In the first place, it has actual ideas; in the second, it is not a book with a message, so what comments it makes on philosophy 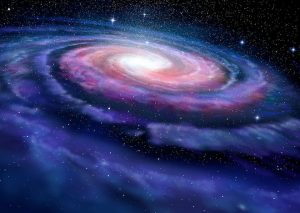 or religion are subtle and, perhaps, unconscious. The novel opens with the chance meeting of two alien races hundreds of millions of years ago. The races, super-intelligent and practically immortal, are about equal in ability but polar opposites in nature. Multiple galaxies are not big enough for the both of them, and the benevolent aliens, thinking long-term, hatch a plan: They will find some promising planet and, over the course of thousands of generations, “develop” a new race to outstrip their rivals and finally take the place of Guardians of Civilization.

Not that I imagine it’s a spoiler, but that race is us.

With this idea, the author tips his hand regarding his essential worldview. A Christian author could easily write a secular book, but even there – even in a sci-fi novel nobody believes anyway – he’s unlikely to portray humanity as the product of aliens monkeying with the evolutionary process. The aliens’ “program of genetics” – managing blood lines and human mating, through means that are never described – hints at eugenics; it’s ambiguous, however, whether the aliens’ genetic program advanced the evolution of humanity or created a master race within it.

The most important idea in the novel is Civilization (capitalization from the original). It’s curious that Civilization is never defined; perhaps the author assumed that people would know what he meant by it, and perhaps, back in 1948, he was right. Probably what he meant was Progress, in every way the word can be understood. Triplanetary presents a long history of malignant aliens engineering the destruction of civilizations, from Atlantis to Rome to the United States, and an equally long history of benevolent aliens raising up newer, better civilizations in their place. One sees, in the long panorama, a climb out of chaos and violence, a march toward science and technology. You might even call it the long arc of history, bending toward justice. This unexamined optimism, with its touching idealism and materialistic faith, is old and widespread.

The ethic of Triplanetary is not our modern ethic. It’s too archaic in its reverence for womanhood, its definition of manhood by courage, resolve, and physical heroism; its casual assertion of moral principle above love is bracing. At the same time, it is not a Christian ethic. The sense, felt sometimes in the pages of the book, that Civilization matters more than the millions lost along the way is cold and foreign. The ethic of Triplanetary is, moreover, divorced from God – amicably divorced, to be sure, but divorced all the same.

Triplanetary is revealing of its time and its author. Beliefs about God, the universe, and right and wrong have a way of becoming apparent, even when left unspoken. We all show our hands in the end. It’s only a matter of how.