If it’s bad art, it’s bad religion, no matter how pious the subject.

The release of A Wrinkle In Time has brought this 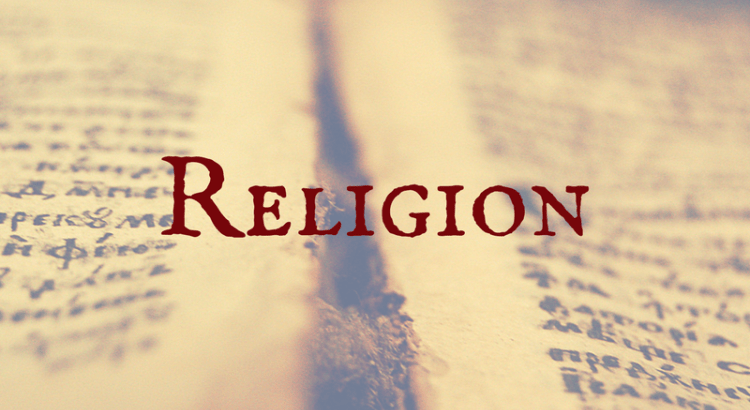 quotation to the surface. It sounds profound and is, I think, deeply wrong, but I don’t want to attack a lone, disconnected sentence. It would be better to return the sentence to its proper context, attempt to understand it, and then attack it.

The statement is taken from Madeleine L’Engle’s Walking on Water: Reflections on Faith and Art. After some meandering, L’Engle expands the idea:

Basically there can be no categories as “religious” art and “secular” art, because all true art is incarnational, and therefore “religious”.

To understand what she means by incarnational, we must backtrack to an earlier passage, a sort of extended analogy that compares artists to the Virgin Mary at the Annunciation (it sounds less silly when L’Engle says it, but never doubt: It is really, in absolute and incontrovertible truth, just as silly):

[The] artist must be obedient to the work … I believe that each work of art … comes to the artist and says, “Here I am. Enflesh me. Give birth to me.” And the artist either says, “My soul doth magnify the Lord,” and willingly becomes the bearer of the work, or refuses; but the obedient response is not necessarily a conscious one.

The pithiest summation of all this is that art is religion. A more difficult, and perhaps truer, summation is that art is inherently religious because to create it is, consciously or unconsciously, a religious act – an act of obedience to the divine or, at least, to the transcendent. And this brings us back again, circuitously but logically, to the original statement that to be guilty of bad art is to be guilty of bad religion.

Make no mistake: The guilt is real. L’Engle lightly comments in Walking on Water that the writer of a “shoddy novel” has “reject[ed] the obedience, tak[en] the easy way out.” So to write a shoddy novel is a moral failing. Your bad prose flows from your moral weakness and the holes in your plot darkly reflect the hole in your character.

The equation between bad religion and bad art, and between moral failure and artistic failure, is false. It is flat nonsense to believe that a bad story must come from disobedience to “the work” and never consider that it probably comes from the eternal gremlins of artistic endeavors, lack of time and lack of skill. I put great emphasis on skill, more than on any nebulously-rendered obedience; it’s real and practical and necessary. In art, as in sports, no emotion, belief, or effort is enough in itself. You must have the skill, too.

Art is not an obedient response to “the work” that, L’Engle imagines, somehow already exists and wants to be incarnated; it’s not a religious act. Art is work, in the same way that cooking a meal or building a bridge is work, and like all work, it can be done badly or it can be done well. Certainly the religion of the art can influence its quality. But to make the quality of a work’s religion synonymous with the quality of its art is as wrongheaded as judging love by its poetry. (And if we did judge love by its poetry, we would know from the greetings cards we have all given and received that the world is a cold, dark, loveless place.)