Of all the good old literary games, one of the most well-respected is Find the Archetype. It consists of taking a character, proving that he is like other characters who filled similar roles in their own stories, and declaring him an Archetype. It’s a simple game – there are only about six stories ever told, and you learn to see through the masks pretty quick – but it can be entertaining and may even see you through college English.

There is a special version of Find the Archetype played by Christians. Its purpose is to find the Messiah Archetype or, more casually, the Jesus-figure. One of the first proofs of the Messiah Archetype is a return from the dead. Returning from the dead is a common trope, from fairy tales to fantasy and from folk tales to science fiction; it’s a far easier commonality to find than, say, the Virgin Birth. (Not that this is impossible. Star Wars did it. It was stupid, but they did do it.) And because the Resurrection makes the Gospel the Gospel, and “He is risen!” was more significant than “He is born,” rising from the dead is the most important commonality to find, too.

Yet I am struck more by the difference between Christ’s Resurrection and the return of Aslan (Gandalf, Harry Potter …) than I am by the similarity. The apostles spoke of the Resurrection as a singular event; to take one example – from Acts 26 – Paul calls Jesus the first to rise from the dead. And we need to remember – Paul certainly would not have forgotten – that in the Gospels alone we have the raising of Lazarus, the synagogue ruler’s daughter, the widow’s son, and the “holy people” on Good Friday. Long before the time of Jesus, Elijah and Elisha also raised the dead. 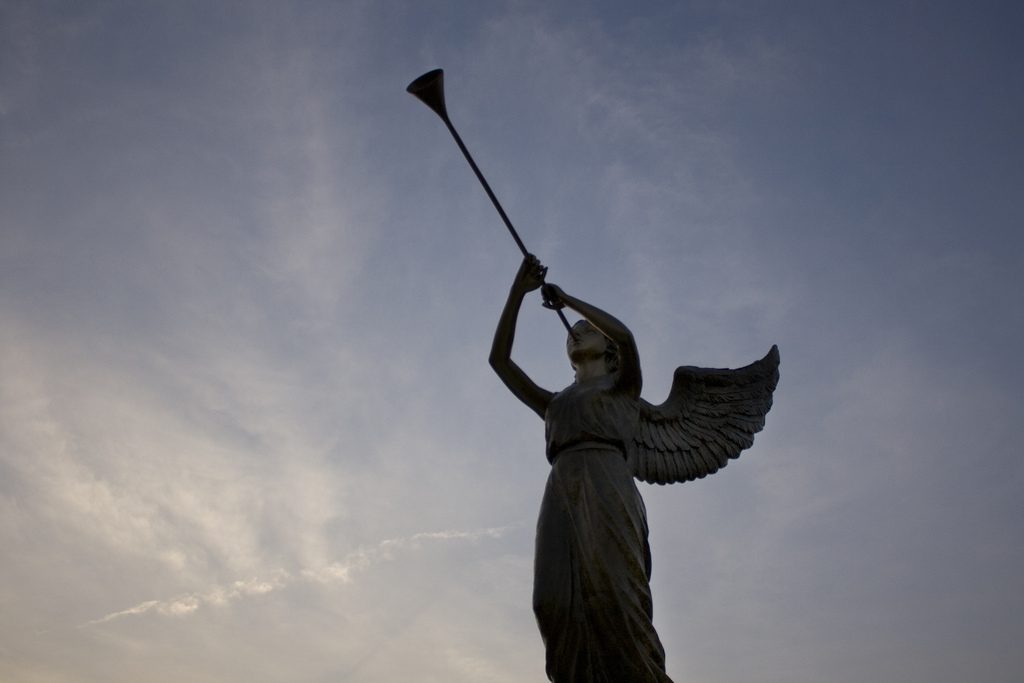 The difference to be drawn here is this: The raising of Lazarus and the others was the reversal of death, a return to the life (and body) that we all have known; the raising of Christ was the resurrection from death – the body raised in glory, an onward journey into a life of which we have not even dreamed. “For the trumpet will sound,” Paul wrote to the Corinthians, “the dead will be raised imperishable, and we will be changed.”

We find some illustration of the change in the Gospels; Jesus famously declared that “the children of the resurrection” do not marry and cannot die (Luke 20). And there is a suggestion, however nebulous, of the nature of the resurrection in the Easter accounts. In an odd way, there is more continuity between the natural body and the resurrected body than might be imagined. Jesus invited Thomas to touch the nail marks in His hands and put his hand into His side; His wounds were healed but visible still. There may be others who will not lose their scars, or want to.

In a larger, and even stranger, way, there is less continuity than would be easily supposed. One of the mysteries of the Resurrection is the persistent trouble Christ’s followers had in recognizing Him. Mary Magdalene didn’t know Him at first, and neither did the men on the road to Emmaus, and there is something halting and almost fearful in the disciples’ recognition of Jesus by the Sea of Tiberius. As a final point, Christ ate after He was resurrected. And I know this sounds boring, but it means that all that talk about feasts in the kingdom of God wasn’t metaphorical, and I dare any of you to tell me that you don’t care.

The reversal of death is very different from resurrection. To come back from death is not the same as going forward from it. All the Messiah archetypes I know of are returns, not the forging of bright frontiers beyond death and merely natural life. Speculative fiction is bound only by imagination, but even artists have trouble imagining resurrection. And this resurrection, almost blinding in its glory – it is Christ’s triumph, and our hope.