Since its release, Rogue One has been proclaimed – and not only by Disney – to be a new kind of Star Wars movie. In various elaborations on this theme, all the usual suspects line up: gritty, realistic, 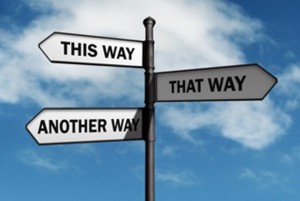 complex, ambiguous. Rogue One mostly lives up to its billing, though in less than exemplary fashion. I would like to examine this, not for the sake of the movie itself so much as for the larger points of complexity and ambiguity in stories.

In the moral compromises of its heroes and a gut-wrenching shot of a little girl terrified in the crossfire of battle, Rogue One finds an ugly side of war that the earlier Star Wars movies do not (though this is somewhat undermined by the relentless battles, which leave the impression that war is endlessly diverting and explosions are more desirable in a story than, say, dialogue). It even gets its hands on a genuine moral dilemma that is latent in technologically advanced warfare. In the course of the movie, the Rebel Alliance plots to assassinate the Death Star’s chief scientist.

By the way: Spoilers.

The idea of assassinating a scientist has a moral queasiness about it, but a case can be made for it. A scientist can have just as much blood on his hands as a soldier, and no one who is dedicated to creating a weapon of crushing, unheard-of power can be considered a noncombatant. Such scientists, as paid employees of a government’s war machine, are civilians only on a technicality; some of them are not even that, being formal members of the military. Why should scientists be entitled to safety while they facilitate the slaughter of millions?

And yet assassination is always a dirty business, cold, cold killing.

Rogue One raises a thorny moral question but never reflects on it. It offers the briefest, blandest justification for the assassination (basically he’s a weapons scientist who builds weapons and those kill people) and then just sort of assumes that it’s wrong. I’m not sure the filmmakers even knew they had a complex moral question. This is why Rogue One, despite reports, is no more thoughtful than the supposedly “unreflective” classic Star Wars trilogy. It is not enough that stories raise a difficult question, nor is it necessary that they answer one; to be reflective you have to, well, reflect.

Just as Rogue One is not a particularly thoughtful movie, neither is it really a complex one. Oh, there’s plenty of ambiguity, which is interesting and, yes, realistic. But ambiguity is not the same as complexity. 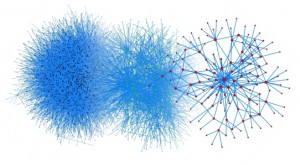 It may even be the opposite of it, to the extent that it is simply a muddying of the waters. True complexity requires greater clarity and more distinction, and it doesn’t discard simplicity.

The plot of Rogue One carries the potential for certain moral complexities – that being on the right side does not ensure righteousness, that victims are not necessarily innocent, that war is so terrible it can degrade even heroes. That potential is never developed, partially because the movie is devoted to rushing action and not fine moral points, but also because heroes and the right side are lost in the gray. There’s too much moral ambiguity for moral complexity. Good and evil mix in strange and tragic ways, but to see that requires a distinction between white and black where they do not simply swamp together into gray.

Rogue One is a new kind of Star Wars movie, less of a space opera and more of a war film, and above all a (very competent) action movie. But it’s a mistake to assume that any story will be more reflective because it is gritter, or more complex because it is ambiguous.