Once upon a time, in a land far, far away … fairy tales happen. It’s the best place for it, too; anything can happen there. 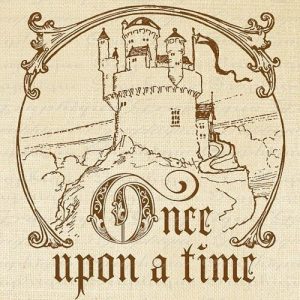 rt of what a fairy tale is meant to be. Once upon a time could be any time, and a land far away could be anywhere, and that is the point. Unbound by specifics, free of all the maps and history books, fairy tales are timeless and universal.

It is easy, in fact, to avoid specifics, though not everyone can do so with equal art. Sid Fleischman managed the fairy tale universality with unusual elegance in The Whipping Boy, which opens, “The young prince was known here and there (and just about everywhere else) as Prince Brat …”

A lesser writer would have said that the young prince was known throughout the kingdom as Prince Brat – “the kingdom” being where every fairy tale takes place, if it doesn’t take place in the forest. The kingdom is invariably ruled by The King, The Queen, and usually by The Prince, even when the heroine marries him. (Names are part of the frivolous small talk dispensed with in fairy tale romance, which goes from first sight to lifelong commitment in less time than it takes the average person to choose dinner off a menu.)

Disney is, of course, a passing master of such conventions. In its live-action Cinderella – which is, if you count right, its latest fairy tale – Disney added a new touch of universality that, while probably unintentional, is brilliant. Cinderella, though among the most archetypal of European fairy tales, was gifted with a multiracial cast, and it feels all the more universal for that. Disney followed the same policy in the new Beauty and the Beast, but having haphazardly mixed the fairy tale up with history, the effect is jarring more than anything else.

The creative decision to anchor Beauty and the Beast to history was not necessarily a bad one, but it illustrates the meaning of once upon a time. There is power hidden in fairy tale simplicity. By gliding airily beyond the real world, fairy tales set the forgiving terms on which they are to be taken. They spurn details and outrun cross-examination. Meanwhile, the more factual approach of the quasi-historical Beauty and the Beast begs for cross-examination. It makes you wonder: Is it possible that the French Catholic Church (a state church!) was ordaining black priests three hundred years ago? Were spinsters turned out to beg in the streets, honestly? What made the Prince a prince? If he was collecting taxes, why didn’t anybody notice when he stopped? Shouldn’t the townspeople have been holding parades and throwing confetti in the air to celebrate their tax-free existence? Does anybody in the entire Disney corporation realize that a thousand years before Belle blazed her feminist trail, Charlemagne set up schools in France that educated girls?

A historical film or novel could answer these questions. A fairy tale doesn’t have to. We can wonder if the eighteenth-century France we are seeing is the eighteenth-century France that really was, because there is an answer to that question. There is no answer, and no question, of whether we are seeing a true portrayal of a far-away land, once upon a time.

And so fairy tales, placeless and timeless, tell their stories beyond the reach of such concerns. Once upon a time, Cinderella danced, and Rumpelstiltskin spun straw into gold, and Snow White ate the apple and Rapunzel let down her hair … 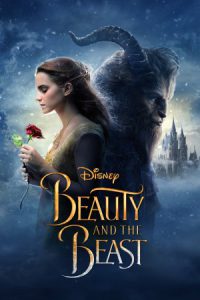