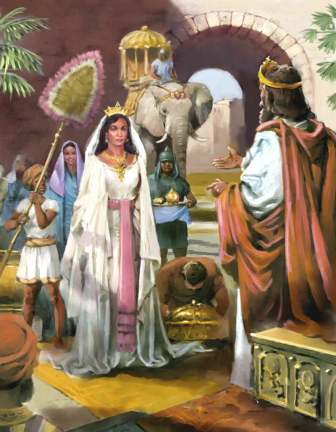 It is natural – perhaps even inevitable – that the Bible inspire its own small genre of literature: biblical fiction, novels based on the people and events of the Bible. This idea has always appealed to me, but in reality, such novels have usually left me disappointed. I have read only two biblical novels that struck me as truly superior, and perhaps two others that came close. All the others I have read – and I read a fair number, before I conceded to the odds and gave up – ranged from poor to forgettably good.

As a genre, biblical fiction has its own peculiar challenges. And perhaps, as a reader, I make more demands of it than others would. Here, after reflection, are my three rules for biblical novels.

Fidelity to the Bible. The definition of fiction is that it is fictional; in accepting biblical novels, I accept their fictional

But the fictional element should consist in elaborating on the true stories, not in changing them. Biblical novels should remain true to the Bible – not just in facts or events, but in its whole spiritual tenor.

Convincing and compelling elaborations. A biblical novel takes a story told in a few pages – sometimes only a few paragraphs – and tells it again in a few hundred pages. This requires significant elaboration. The elaboration must be true to the story, as I already said – keeping with the spirit as well as the letter. But it must also be compelling.

I have read biblical novels where characters stiffly act out their parts, without the sense of life and independent animation that, while always false, is the art and pleasure of the novel. Sometimes the elaboration falls flat, and of events as well as characters.

This is one of the peculiar difficulties of biblical fiction (though a similar one is found in, of all things, franchise novels). When writing a novel about the great men and women of the Bible, your portrayal must ring true with what we already know, and yet go beyond it. You must give life to characters you did not invent, rhyme and reason to events you did not choose.

When I read a rare excellent novel about King David (and what rich material his life provides), I thought to myself, “I don’t know if that’s the way David was. But it’s the way he might have been.”

So may all biblical novels impress us.

Fidelity to history. Biblical fiction must be regarded as a kind of historical novel, and therefore must be written with an eye on history. Canaan at the time of Gideon is a sketchier region of history than, for example, first-century Jerusalem, but do the research anyway.

I once read an author describe how she quit reading a novel about Joseph because of the appearance of steel knives. I wouldn’t go that far, and anyway it’s not relatively minor anachronisms that principally concern me. It’s the failure to make characters – inhabitants of places and of cultures so alien – children of their times.

One example: It is hard to find a novel about King David where a character does not outright state the superiority of monogamy. Now, David’s life does demonstrate the griefs of polygamy, and I yield to no one in condemning the selfishness and injustice of that form of marriage. But I always wonder at the casual condemnations of characters supposedly living in David’s world – would it really be so easy for them to see?

“It requires a fine effort of the imagination,” G. K. Chesterton once said, “to see an evil that surrounds us on every side.” And the evil of polygamy surrounded such people on every side. I don’t say it is impossible for one of them to see it as an evil, but I want to know how a flower like that grew out of such thin soil. At least I want the impression that it did grow out of thin soil.

These, then, are my three rules for biblical novels: fidelity to the Bible, fidelity to history, and compelling and convincing elaboration of both. I know it’s a tall order, but there are novels that deliver.

Such as the two I referenced earlier. These are The Miracle Maker, by Murray Watts, and The Stones, by Eleanor Gustafson. Just in case you were curious.

No Other Choice: The Naomi Chronicles, Book One
By Paula Rose Michelson

Naomi will be sent back! She left her family and all she held dear, traveled half way around the word while accompanying a blind, old grandmother because they promised to help her enter America and find her uncle. Instead they handed her over to immigration.

What she does now, she does because there is no other choice!

This is Naomi’s journey from adolescence to womanhood, from frightened isolation and captivity to the noble status of heiress. Trapped in a life where all who know her think her a saint, saddled with a mission and responsibility many would shirk from placed upon her shoulders, Naomi agrees to marry because that seems to be the easiest way to sidestep more issues.

As timely as the immigration debate of today is, author, William Struse’s endorsement says, “Duty, sacrifice, and faith are carried in the arms of love by a courageous young woman, who rises above her own flaws to help others.”

Paula Rose Michelson
As a Messianic Jew, Paula Rose Michelson wanted to write about life, love, choices, and forgiveness. She researched what befell the Jews baptized into the Catholic faith to survive the Inquisition, and when she began to write The Naomi Chronicles, Naomi told her the story you are about to read.

Because of her extensive background in recovery as a Chemical Dependency – Lifestyle Disorder Councilor, her work with The Rubicon Center, and as the founded LAMB Ministries in 1988, where she continues to mentor women suffering from trauma and abuse the way God mentored her, the author knows that though her heroine’s story is unique, Naomi’s issues of fear and hiding are universal, for they are seen in anyone who is masking their real pain.

Paula Rose Michelson is the wife of Lutheran Pastor and Chosen People Field Missionary, Ron Michelson. The mother of two married daughters, and grandmother of seven grandchildren, when not involved in ministry, writing, speaking, or teaching the effective use of scripture, you will find Paula researching her next book or meeting with friends.

This book blast is hosted by Crossreads.

We would like to send out a special THANK YOU to all of the CrossReads book blast bloggers!