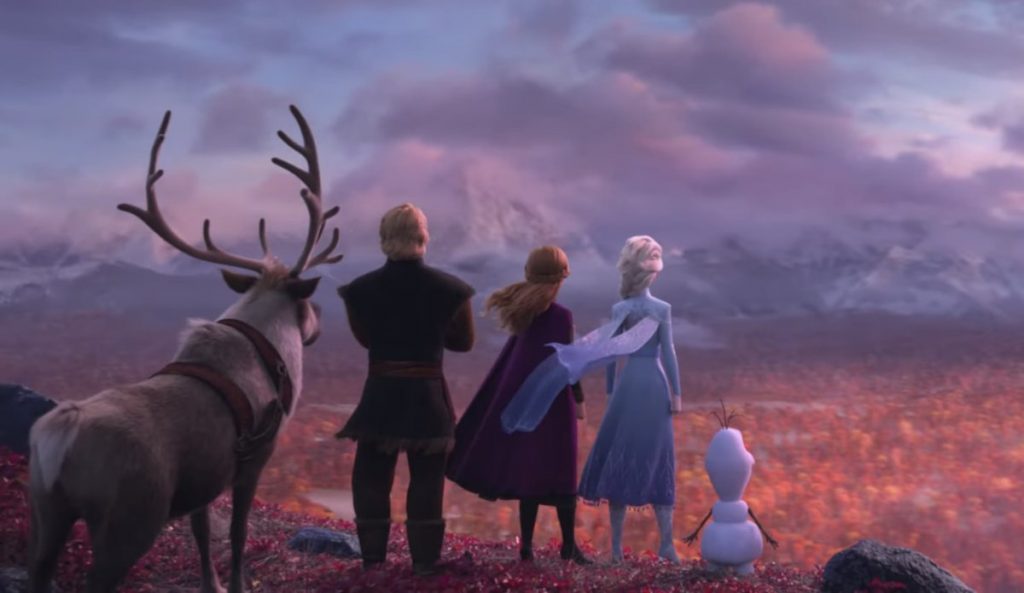 I am back! Where have I been? Well, that’s a long story. I will only say, for now, that with finals week behind me, I hope to be posting more often. And I will begin with this review of a movie I now regret not catching in theater.

Who hasn’t seen it – Snoopy balancing a typewriter on his doghouse, Linus with his blanket, Charlie Brown decked by a fast

ball on his own pitcher’s mound? These are all unforgettable images, imprinted on our culture’s memory.

But who has seen all these things in 3-D computer animation? Because, thanks to The Peanuts Movie, now we all can.

The Peanuts Movie, released last year, takes up this challenge: How do animators change Schulz’s comic into a computer-animated movie, while retaining its style and its appeal? This challenge is paralleled by the greater one faced by the writers – how to remain faithful to the old, great comic without simply repeating it. The specials were short, and this full-length movie requires a greater adaption than they did, a greater bending to the requirements and limitations of a different art form.

The makers of Peanuts meet both challenges with considerable skill. The film translates the style of the comic into 3-D; the characters look like themselves, and their world looks like the one Schulz created for them. Beyond its visual style, the film draws so much inspiration from the comic that every moment is suffused with it. Watching the movie, you can feel the comic.

And yet just enough is new. Movies, unlike comics, demand to be unified into one story, and the filmmakers provided this unification through the little red-haired girl. The story, although episodic in structure, is held together by the thread of Charlie Brown’s single purpose to impress her. The episodes, although never directly copied from the comics, all have their antecedents in the book reports, school adventures, and sports that Charles Schulz used so richly.

Some characters, most notably Charlie Brown and Snoopy, have been subtly changed. Charlie Brown spends most of the film as star-crossed as ever, always trying to be the hero and somehow always ending up the goat. Yet his failures are more dignified here than in the comic; it is hard to imagine Schulz giving Charlie Brown as much ability as this movie does, or as much meaning in his losses. Charlie Brown, in the film, loses a school competition because of an act of kindness; in the comic, it would have been because of something less meaningful, more random, more darkly comical.

Here, as in the comic strips, Snoopy is distinguished chiefly by the fantasies that so far outstrip his actual position in the world, and by his own unawareness of that fact. He is, however, far kinder to Charlie Brown, helping him and rooting for him throughout the film. Snoopy’s obliviousness to Charlie Brown, whom he thinks of as “the round-headed kid”, is removed from the movie. He yields the dance floor to Charlie Brown where Schulz, funnier and harsher, would have had him beat his owner to win the dance with the little red-haired girl.

This general softening goes beyond the characters to the story itself. The ending held a victory Charlie Brown never, in fifty years, achieved in the comics. This is partially, no doubt, because comic strips go on and movies end, and the unified story must have an ending to match. But it is also, no doubt, part of a judgment that the comic was a little too sad, Charlie Brown a little too inadequate, his world a little too cruel.

Schulz’s Peanuts was never truly jaded, never reached the bitterness or cynicism of some modern comics. Yet it is, in certain moments, more achingly sad than any of them, and running jokes like Charlie Brown’ s always-bad baseball team seem to reflect this same blue measure of the world. The movie’s alleviation of this sadness is its one true departure from the comic. Other alterations, such as putting Peppermint Patty in the same school as Charlie Brown, are mere compression for the sake of time.

The Peanuts Movie is an accomplished retelling of Schulz’s great comic strip, successfully exchanging the art form of a comic for the art form of a movie. It is both funny and touching, and if less profound than the comic, it still provides that moment of satisfaction that the comic never did.

I had been thinking of reviewing Tuck, by Stephen Lawhead, and thus completing my review of the King Raven Trilogy, but I just haven’t been in the mood this week. I want to do something lighter. 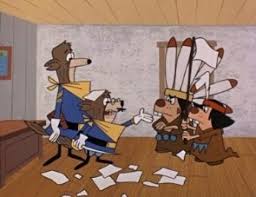 So let’s talk about 1960s children’s cartoons. I first saw Go Go Gophers a year or so ago. (For a sample episode – less than five minutes long – go here.) The show is a continual conflict between the Indians (the gophers) of the old West and the fort’s soldiers (coyotes, for some elusive and possibly ironic reason).

The humor of the show varies from the silly to the absurd. A dose of extravagant slapstick shows that it was written for children; occasional touches show that it was written by adults. The inept colonel, obsessed with regulations to the exclusion of common sense, comes from an adult world – and appeals to an adult humor.

Four characters fill the dramatis personae: The colonel, blundering, clueless, and vain; his long-suffering sargent, offering dry comments in a dry voice, and following even while the colonel walked over his good advice; Running Board, the chief of one brave and the final judge of crazy schemes; and Ruffled Feather, who was small, nearly

incomprehensible when he spoke, and had an effective, violent solution for every problem. He reminds me of my nephew.

My sister-in-law does not read this blog.

Go Go Gophers would never be made today. It makes fun of Indians, the political correctness police would say. It’s ethnically insensitive.

And it does make fun of Indians. It also makes fun of the soldiers and their army. “Begging the colonel’s pardon,” begins the sargent, “but I think – “

“Think?” exclaims the colonel. “Think? You’re in the army, sargent; you’re not supposed to think. Regulation 387 – o – 5 expressly forbids it.”

If this show paints a stereotype, at least the brush sweeps both ways, and the gopher Indians get the better of it. They certainly get the better of the soldiers. The colonel is like the various villains faced down by Underdog and George of the Jungle: He always, invariably, irreversibly loses.

But to keep the score is to miss the point. Go Go Gophers is no more a social statement than it is a history lesson. It’s all silliness and fun – and it’s harmless, the wigwam jokes notwithstanding.