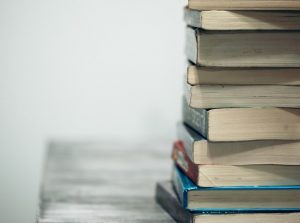 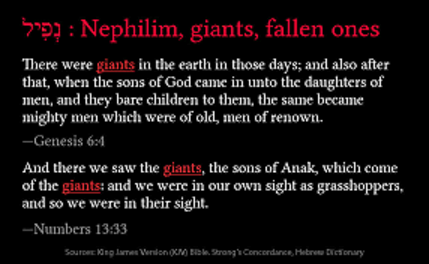 those days—and also afterward—when the sons of God went to the daughters of men and had children by them. They were the heroes of old, men of renown.” The Nephilim are mentioned once more, as the terrifying inhabitants of Canaan (in reality, the ancestors of the prodigiously-sized Anakites; whether they have any connection with such groups as the Rephaites is more than I can say).

The actual importance of the Nephilim, in theology, religion, and the arc of the Bible’s narrative, is slight; their fascination is large. Their close connection to the much-disputed “sons of God” entrenches them in controversy; their association with the outsized denizens of Canaan increases the intrigue. Their name means “fallen ones,” and Nephilim is frequently translated giants, including in such venerable translations as the King James Version, the Geneva Bible, and the Wycliffe Bible. (The Geneva Bible also provides the alternate word tyrants.) Giants, fallen ones, heroes of old, men of renown – wouldn’t you love to know more about them?

One ancient, and still popular, interpretation of the Nephilim – it appears in the Book of Enoch, written before the birth of Christ – holds that they were the children of fallen angels and human women. For obvious reasons, this interpretation is the one that prevails in Christian speculative fiction. It’s not that the writers necessarily believe it, any more than sci-fi writers necessarily believe that it’s possible to go back in time or to travel faster than the speed of light; it’s just that it’s that sort of idea. The idea is acutely uncomfortable. But ideas often are in a genre that takes, for its parents, people like Edgar Allan Poe and the Brothers Grimm.

What sets the Nephilim apart from other ideas is that they are derived from the Bible. Nobody really cares whether it’s possible to go back in time when reading (or writing) time-travel stories. Nobody ever liked Star Wars less because some scientist debunked lightsabers on the grounds that that’s not how lasers work. We’re all happy to set aside debates and, for the sake of our chosen stories, presume what we suspect to be false. But should we have a different standard when the debates are centered around Scripture?

This question goes beyond the Nephilim and, if you care to follow it, wanders into all sorts of nuance. Is it all right to write a novel where the rumor is true and the Apostle John never dies? (This, too, happens in Christian speculative fiction.) Can we say that Daniel founded a school of astrology that eventually trained the Magi, though we know in our hearts that never happened? Can we have time-travelers at the Crucifixion? Can we have the Nephilim after all? Are the answers to all these questions conditional on the details, on what we do with the premise more than what the premise is? Is it simply a matter of staying in the gray and not infringing on the black and white? (For example: We can say the Nephilim were giants or tyrants or angel-human hybrids because that argument has been going on for centuries, but we can’t say they caused the Flood because they didn’t, and if you don’t believe me, read Genesis 6 past verse 4.)

What do you think? What sort of lines have you drawn, in your reading or writing?

(I am going to state right here that this is not my finest work. But I wrote it under the influence of a summer cold, and this is as good as it’s going to get, people.)

Christian speculative fiction, as a whole, has evolved along distinct lines from secular speculative fiction, acquiring its own hallmarks and characteristics. There are many reasons for this, too many to explore or even list; different cultural pressures, different audience demands, even the division between Christian and regular literature (did it 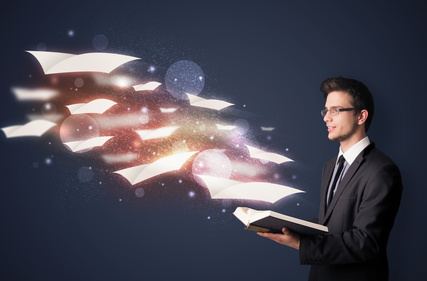 exist a hundred years ago?) all played their parts. Another cause, and the one I want to focus on today, is that Christianity itself – so much the intellectual and cultural background of these works – introduces different elements into fiction. The handling of these elements may or may not accord with Christian thought and biblical exegesis, but the source of the material is beyond doubt. Here, then, are a few of these elements:

Angels/demons. Many different cultures and religions harbor ideas of angels and demons, and then there are free-floating, popular notions – for example, the belief (unattached to any actual religion) that people die and become angels. What Christianity provides, then, is not the general idea of angels but a specific idea of who and what they are. The two greatest representations of angels and demons in modern Christian fiction are Peretti’s This Present Darkness and Lewis’ The Screwtape Letters. There have been many others, all containing variations of their own. But one great commonality cuts across all Christian portrayals of demons and angels: They are always dedicated to the service of either Heaven or Hell; never do they act as free agents. In Christian SF, angels never exist without God and rarely exist without the devil. Christian doctrine on angels is so established, and so developed, that it encourages the use of angels in Christian SF – far more prodigious than in secular SF.

The Nephilim. The Nephilim appear only briefly in the Bible, but long enough to stir up all kinds of controversy. Various interpretations of what they were have been put forward, some quite tame. Naturally, the wild interpretations have gotten a foothold in Christian SF. Half-demon supermen are rich material for fantastic novels, and this is obvious even if you are one of those Christians who are just driven crazy by the whole phenomenon. Nephilim stories are unusually bound to our own world and history, especially to (borrowing a phrase) the days of Noah and the days of the Son of Man. The incubus is made in a similar mold, but it inhabits a different milieu than the Nephilim and lacks the absolute identification with angels and the Bible.

The End Times. To speak of the End Times as the end of the world is accurate but desperately incomplete. The language of the End Times, both revolutionary and catastrophic, makes it clear that it will be the end of the world, the universe, and the current cosmic order. So when Christians use the term End Times, they aren’t whistling Dixie. The End Times have become an established niche in Christian fiction, inspired by the stormy visions of Revelation and driven by Christian enthusiasm (periodically intense, never entirely dormant) for the subject. Left Behind carries the field, but C.S. Lewis’ The Last Battle entered it more than sixty years ago, and newer books carry on the charge.