Now that Amazon has acquired film rights to Lord of the Rings, and Netflix has licensed all seven Chronicles of Narnia, it is time to stop and ask ourselves: How much do bad adaptations of our favorite books really bother us? I am not saying, mind you, that the adaptations will be bad. But the possibility is strong enough that we should be thinking about it. 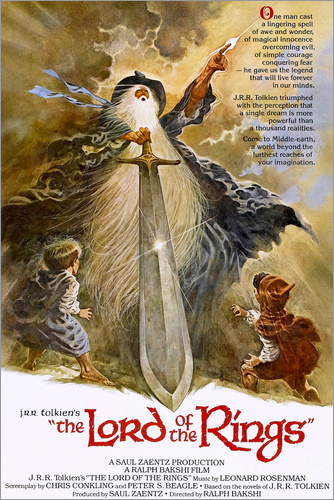 and people who do not exist. We all know how real fiction can be, and how stories can accompany us through life, following us through changes that leave old times and old friends behind. Depending upon the time and manner of their entrance into our lives, stories acquire associations with larger things – a carefree summer, a person we knew then, old haunts, even (a thousand Star Wars jokes don’t change the truth) a gone childhood. To touch the story is to touch hidden chords.

Narnia and Middle-earth possess an uncommon power and resonance. Their potency is all the greater because they come to so many people in childhood and remain, among all the fantasy movies and books that follow, a kind of first love. Christians often associate these books with their faith and see Jesus in – or, perhaps, through – Aslan. Both for what they are and for what they represent, Lord of the Rings and the Chronicles of Narnia evoke a considerable degree of passion that does not wish to be disappointed.

The new adaptations further labor under the burden of previous adaptations. The animated versions of both works exist mainly as curiosities, arousing little antipathy or attachment. The live-action versions are weightier creations and well-known to the Tolkien and Lewis fandoms. Peter Jackson’s trilogy is iconic, binding its images to the books, and for countless people it was their initiation into Middle-earth. Many fans don’t only worry that the Amazon series won’t live up to Tolkien’s Middle-earth; they worry that it won’t live up to Jackson’s Middle-earth. There is even talk of bringing back the actors from Jackson’s Lord of the Rings.

Perhaps some people feel about Walden’s Narnia films the way others feels about Jackson’s Lord of the Rings. Perhaps, but I doubt it. The Walden films were not bad, but they fell far short of their source material. They failed to capture the spirit of Narnia, always seeming to be made by people tone-deaf to the meaning of Lewis’ works – people who replaced Caspian’s thirst to see Aslan’s country with boilerplate daddy issues because they just didn’t understand. Netflix has, in many ways, an easier task than Amazon, and strange as it may seem, it helps them that they are trying to do something no one has done: bring Narnia’s magic to the silver screen.

For myself, I am glad that Amazon and Netflix are producing their adaptations. I take a simple line: If the adaptations are good, I will enjoy them, and if they are bad, I will ignore them, and in either event I will be an interested viewer. But other people will take other lines. What is yours?

We all have our fandoms, and other people have theirs. With the never-ending expansion of shows and movies and franchises, no one has the time to join every fandom. Even if we did have the time, no one would have the inclination; human tastes and interests vary too widely. But isn’t it nice to witness the endless enthusiasm other people can show for things that hold, for us, so little interest?

No, not really. Because to be subjected, at length, to enthusiasms you don’t share is so much aggravated boredom. You can’t tell other people you don’t think their fandoms are interesting, any more than you can tell them you don’t think their pets are cute, but you can certainly think it. Dwell on it, even, until your indifference is gradually transformed, by dint of another person’s passion, into implacable hostility.

Why should this be? For one thing, we are all self-centered. If I were a kinder and more generous person, I would have more patience, and even interest, for other people’s enthusiasms. But sometimes 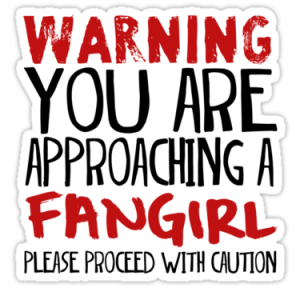 fans go too far in insisting on their opinions – over contrary opinions, and contrary evidence, and obvious disinterest. Sometimes, fandoms really do attack.

We all have our fandoms. In the interest, then, of not going on the offensive, here are three principles that we should all, as fans, try to live by.

Number one, in order to have an actual conversation on your fandom, you need another fan. Trying to talk fandom with people who are not fans is like trying to talk shop with people who are not in your business. They likely won’t know what you’re talking about, they probably won’t care, and they certainly will have nothing to add to the conversation. Indeed, this is one of the surest signs of a fandom attack: a conversation – in the loosest sense of the term – that goes on and on even though one party’s main contribution is “Uh-huh.”

Number two, retain your objectivity. I cannot stress enough the importance of this. The worst sort of fan is the one who has lost all critical judgment; who in regards to their fandom will hear no evil, see no evil, speak no evil; who insist that the newest movie in the franchise is awesome before actually seeing it, and perfect after seeing it; who feel greater affinity for those who share their fandom than for those who share their nationality, religion, or blood; who can scarcely credit the intelligence or motives of critics; who still cannot admit that Tom Brady probably did not destroy his cell phone because he was innocent.

Don’t be this fan.

Number three, keep your perspective. The better part of no one’s life consists of his fandoms. It really is all right if other people reject, even strongly, your fandoms. And don’t be offended by jokes or parodies or insulting memes. It’s not worth the energy or a fight. Everyone has the right to object to, for example, parodies of his religion or jokes about his mother; no one’s fandom is that important.

These principles will help all of us to, in our fandoms, keep from going on the attack. And if we’re on the defensive when fandoms attack, there are three principles for that, too. Smile. Nod.