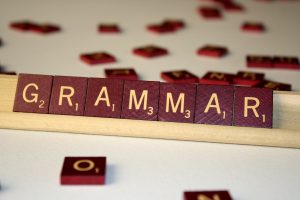 Today I am going to talk about punctuation.

No, wait! Come back! This is interesting even if you don’t read grammar books purely for amusement.* The punctuation marks I want to discuss are the exclamation point (!) and the ElRey (my keyboard is not equipped to reproduce this mark).

Fortunately, there are graphics.**

I learned of the ElRey a week or so ago, when I came across a link to Let’s Make a Mark, a proposal for new punctuation. The author, Rob Walker, explained the damage done to the exclamation point by our new e-communication:

Even as I was writing this paragraph, I got a  note from a highly erudite editor of a widely respected literary/cultural journal: “You are too kind!”

I actually hadn’t been kind to any excitable-making extent in the missive he was responding to. But we both knew that. Consider a non-exclamation-point version of my correspondent’s message: “You are too kind.” That reads dry, chilly, possibly even sarcastic. Which suggests how the function of the exclamation mark has changed: It no longer connotes remarkable enthusiasm; it just signals a sort of general friendliness and baseline cheer, the equivalent of saying “Howyadoin?” in a chipper voice.

To put it briefly, the exclamation point is being exclaimed out of its meaning. Perhaps the most telling part of the above (very true) paragraph is the last phrase: in a chipper voice.

That is what it is really about. We all try, in our Internet dialogue, to have the brevity of a real conversation, but for that we need tone, like a real conversation. What people communicate through voice, expressions, and body language has to be conveyed other ways. Smiley faces, emoticons, acronyms, /sarc tags.

So Walker proposed the ElRey, to stand in and preserve the exclamation point. Another option is to write enough words, with enough precision, that they don’t need to be clarified with either the exclamation point or the ElRey. But then we would lose a lot in the way of brevity. Quickness, and efficiency, always were the chief virtues of e-communication.

Maybe you have to have a little of the grammar stickler in you to be interested in saving the exclamation point. But anyone can be interested in a new punctuation mark, especially one designed for Internet use. Every cause needs that sort of broad appeal. Movements of sticklers are so hard to get past the signs stage. (“Sticklers of the world, unite!” or “Sticklers of the world: Unite!”?)

Honestly, the ElRey will probably never get anywhere, but this could be fun anyway. That could even be our slogan.

** Provided by Rob Walker, by way of Ellen Susan.