See if you can follow this chain of logic. Human defects – mental, physical, and moral – are carried through heredity. In order to eliminate these defects from the human race, the genes that cause them must be eliminated from the gene pool. In order to eliminate such bad genes, the carriers of those genes – that is, people – must be eliminated from the gene pool. To put it simply, the defective must not reproduce.

There are three ways to ensure that the defective do not pass on their genes and so continue to drag down humanity with the unfit. The first is to segregate them in institutions where they will not have the opportunity to reproduce. The second is to sterilize them. The third is wholesale slaughter. Which door do you choose to enter a brave, new world?

All this sounds like science fiction, but in sad truth, it’s history – American history. In Imbeciles: The

Cohen tells the story of eugenics through Buck v. Bell, and he tells the story of Buck v. Bell through its major figures. Each chapter of the book is named after one of them: Carrie Buck, the victim; Dr. Albert Priddy, superintendent of Virginia’s Colony for Epileptics and Feeble-Minded; Harry Laughlin, head of the Eugenics Record Office and leading advocate of eugenic sterilization; Aubrey Strode, the lawyer who wrote Virginia’s eugenic sterilization law and defended it up to the Supreme Court; and Oliver Wendell Holmes, the famed Supreme Court justice who coined the epigram from which the book’s title is taken: “Three generations of imbeciles are enough.”

This book is structured almost like a series of biographical essays, as the author reaches back into the life-stories of the players in Buck v. Bell and tries to define their motivations. The great strength of this structure is that it makes the book accessible, easy to read, and focused on the individual, human side of the drama. As a way of relating the history of American eugenics, it works surprisingly well, at least in the earlier chapters. The careers of prominent eugenicists like Albert Priddy and Harry Laughlin dovetail nicely with the story of eugenics in America.

The chapter devoted to the lawyer Aubrey Strode is, in this respect, more uneven. Much of it is relevant to the book’s topic, but the author wanders on side trails that are not. It is even worse with Oliver Wendell Holmes. The author is clearly fascinated with Holmes’ background as a Boston Brahmin and whether or not he can be rightly regarded as a liberal judge. No doubt some readers will be as well. But these things, which take up page after page of Imbeciles, have nothing to do with eugenics.

Indeed, it is difficult to justify Holmes’ inclusion in the book purely on the book’s proclaimed subjects. Holmes’ life crossed the eugenics movement in no significant way until Buck v. Bell, and even in Buck v. Bell, his importance is minimal. True, he wrote the majority opinion and made it clever, sharply expressed, and cruel. But although he expressed the Court’s decision, there is no reason to believe he had any special role in making it. The author speculates on how he may have influenced his fellow judges, but there is no evidence that he actually did. The Supreme Court decision in Buck v. Bell was 8-1. Oliver Wendell Holmes was just another vote in an overwhelming majority.

Although Imbeciles lost focus in evaluating the life and career of Oliver Wendell Holmes, it remains a highly informative book on a fascinating, neglected piece of American history. It is also skillfully written, being lucid and articulate without being showy. The information is, moreover, well-chosen and well-presented, and the sources are varied and reliable. I highly recommend Imbeciles to all lovers of history. 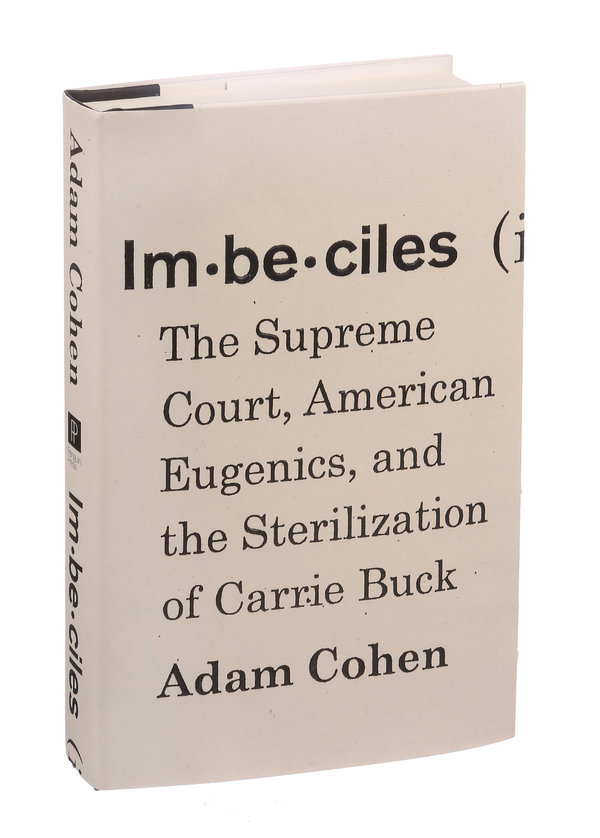