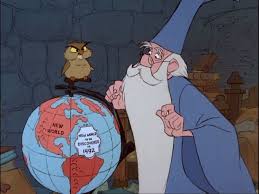 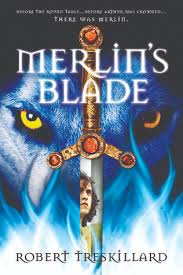 Say, have you thought what manner of man it is
Of whom men say “He could strike giants down”?
Or what strong memories over time’s abyss
Bore up the pomp of Camelot and the crown.
And why one banner all the background fills,
Beyond the pageants of so many spears,
And by what witchery in the western hills
A throne stands empty for a thousand years.
– G. K. Chesterton, “The Myth of Arthur”

Arthur Pendragon holds a high place in the culture of our civilization – universal, always recognizable and yet always changing. In this – and in how he walks the boundary of myth and history – the king Arthur is like the outlaw Robin Hood.

Robin Hood is a more human figure than Arthur, whose birth and death were marked by magical intervention and who was always entangled in otherworldly things. The outlaw is merrier than the king, happier and freer in the greenwood than Arthur was in Camelot.

Arthur is dated several centuries earlier than Robin Hood, which may account for the paganism in the Arthurian legends. Robin Hood certainly never consorted with fairies and half-fairies, nor did he owe his bow to another world, or his life to enchantments. Neither, for that matter, did he ever go on a holy quest. The Merry Men never sought the Holy Grail.

There is, in the vast web of stories around Arthur, a tension between paganism and Christianity. In the tales of Robin Hood, pagan Britain has surrendered to Christian Britain, and new ambiguities creep through the stories. The villains, in the ancient ballads, will take Christian oaths; “by the rood” Robin will swear, and so will, on occasion, the sheriff of Nottingham. Robin Hood casts in his lot with some men of the church, and robs others; to the unmerciful Bishop of Hereford he declined to show mercy.

The greatest commonality between King Arthur and Robin Hood is the fascination they have so long and so widely enjoyed, and the consequent endless retellings of their tales. Anyone may tell his own version of Arthur or Robin Hood, and many people have. Today the CSFF tour begins a review and a discussion of one of the latest versions – Merlin’s Blade, by Robert Treskillard.

It may be that these fields of legends grew up from the seeds of lost history. No one really knows if Arthur ever ruled Britain or Robin Hood ever rebelled in it. But I think that most of us hope they did.