Scott Remington is sure that he was meant to fight in the Alien War, to stand in the front lines against the mysterious invaders whose sudden strikes plague the cities of Earth. And fight he will, at the forefront of the war, but it will take him places he never imagined, to a destiny he has not yet perceived.

Dawn of Destiny is the first book of Epic, a series written by Lee Stephen. The novel is strongly sci-fi, taking place on a future Earth. Peace on Earth was finally achieved, only to be followed by war from space, brought by three alien species. Stephen gave these aliens a sense of foreignness, and he made their pets, the necrilids, effectively ghastly. Even better, he made them intriguing, and the mystery surrounding the aliens was one of my favorite elements in the book.

As much as Dawn of Destiny is sci-fi, it struck me as even more a military thriller. All of the characters but one are in the military, and the book is very much centered in that world: the commanding officers, the bunk rooms, the enforced companionship, the battles. There is a fair amount of cursing, though relatively mild (no four-letter words), a few graphic moments.

The style is sparse, fitting the novel’s military-thriller feel. That being given, it still seemed rough at times – perhaps first-book rockiness. (No author avoids it entirely.)

This novel is filled with hints of untold stories – not only the aliens, but also the Nightmen and high political intrigues and a score of secondary characters who definitely have complex pasts, although we never really hear them. The star of the prologue was prominent for a few chapters and then completely dropped. I wished the author had selected a few of these stories and developed them more fully, though I don’t doubt that some will be more deeply explored later in the series.

Dawn of Destiny has a definite religious element, including one vivid moment when new-minted soldiers struggle with the reality of death, but in general it is not as strong as what is labeled Christian fiction. Dawn of Destiny is, above all, a sci-fi military thriller, appealing to devotees of action-adventure and all serious sci-fi fans.

I received a review copy from the author.

The Dawn of Destiny audiobook project is a full adaptation of the first book in the Epic series. It’s not your typical “audiobook,” even though technically that’s what it is. When people hear “audiobook,” there’s a certain type of thing that usually comes to mind. Most likely it’s the thought of someone reading a book to them, occasionally with music playing in the background. This isn’t that.

What you’re going to hear in this project, is more of an audio “experience,” the audio equivalent of a summer blockbuster movie. Over thirty voice actors played a role in this. This is ear-splitting sound effects, bombastic music, and characters shouting back and forth in the middle of a war zone. This is unlike anything you’ve ever heard. 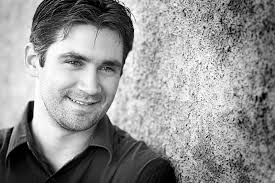 Born and raised in Cajun country, Lee Stephen spent his childhood paddling pirogues through the marshes of South Louisiana. When he wasn’t catching bullfrogs or playing with alligators in the bathtub (both true), he was escaping to the world of the imagination, creating worlds in his mind filled with strange creatures and epic journeys. This hasn’t stopped.

Now a resident of Luling, Louisiana, Lee spends time every day delving into the world of Epic, the science-fiction series that has come to define him as a writer and producer. Alongside his wife, Lindsey, their son, Levi, and their dog, Jake, Lee has made it a mission to create a series that is unique in its genre—one unafraid to address the human condition while staying grounded in elements of faith.

In addition to writing, Lee works full-time for the Department of Homeland Security & Emergency Preparedness. He has also spent time as a church deacon, guitar hobbyist, and New Orleans Saints season ticket holder. He is a graduate of Louisiana College in Pineville.

Where to buy the book:

Tour Schedule for Dawn of Destiny