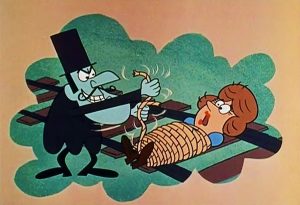 “God is dead.” Who hasn’t heard that? Nietzsche proclaimed it, one of those godless Germans of the nineteenth century who had such impact on the twentieth. I always thought it was triumphalist; they’d crow if they didn’t sneer.

So I was surprised when I read Don Veinot quote it in context:

God is dead! God remains dead! And we have killed him! How shall we console ourselves, the most murderous of all murderers? The holiest and the mightiest that the world has hitherto possessed, has bled to death under our knife – who will wipe away the blood from us? (The Gay Science)

This, from the atheist that Nietzsche was, is startlingly plaintive. There is no sneering or crowing here. Nietzsche’s point – as explained in two different sources – is one countless Christians have made: Take away the God of the Bible and moral chaos ensues. “If God is dead, then anything is permitted.” Nietzsche took that truth and drew the conclusion that made him Nietzsche. The quotation continues:

What festivals of atonement, what sacred games shall we now have to invent? Is not the greatness of this deed too great for us? Must we ourselves not become gods simply to appear worthy of it?

And we are back, again, in the Garden, dreaming of pulling ourselves onto God’s throne.