“The room we’re interested in is somewhere back there. At least, it was the last time I was here.”

“Correct me if I am wrong,” suggested Thomas, his steel-rimmed glasses glinting in the faint light as he turned to address Kit directly, “but strictly speaking, you have never been in this tomb.” – The Bone House, pg. 210

Still, the fun of speculative fiction is speculating. For Christians, there’s the added fascination of fitting new, strange realities with ancient, eternal truths. The question, properly phrased, is not, How does Christianity work with the multiverse? It is, How does the multiverse work with Christianity? In answering you can find an interesting angle on both.

In The Bone House, Stephen Lawhead revelaed Arthur Flinders-Petrie’s quest to find Christ in the multiverse. Lawhead imagines countless versions of our world and our history. By a necessity people are duplicated along with it. That much orthodox Christianity allows. What it does not allow is the duplication of

the Man who split history in two, or of the death and resurrection of God.

For a Christian writer like Stephen Lawhead, and for Christian readers like us, it’s an interesting tension. An interesting resolution is possible. We could, for example, imagine that the Incarnation is the focal point of the multiverse, at which all worlds converge and are one.

This is, I think, the only really urgent question when Christianity meets the multiverse. But I think another, lesser question is raised by the notion of duplicate selves. This is a well-established reality of the Bright Empires Series. When I read The Bone House I kept thinking that Kit could very well run into another Cosimo. After all, who knows how many Cosimos there are, and how many of them ended up wandering the universe? Heck with it – there could be multiple Kits exploring the ley-lines. Kit could run into himself.

What’s bad news for our heroes is that there may also be multiple Lord Burleighs prowling the multiverse. Of course, that would probably be bad news for the Lord Burleighs themselves. They might get in each other’s way. Can you imagine Lord Burleigh giving himself his “We can be friends or we can be enemies” speech? But I suppose Burleigh could have ended up good in some realities. There are more possibilities here than we could ever contemplate without ibuprofen.

Though this is fun – I’m trying to recover from my tangent here – it does have philosphical implications. You have people with the same genetic make-up often leading very much the same lives. But are they really the same people?

The essential dilemma is the one created by clones. Recall C. S. Lewis’ words: “You don’t have a soul; you are a soul. You have a body.” Human beings – or nature – could duplicate DNA and, with it, the bodies. But God would have to duplicate the souls. Do you suppose – or would you, for the sake of a story – that He ever does? 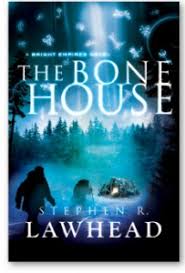