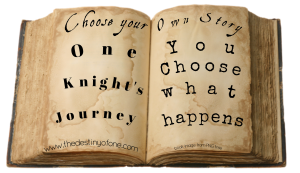 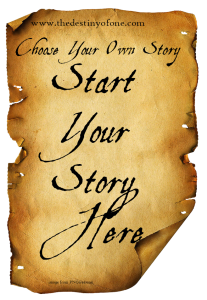 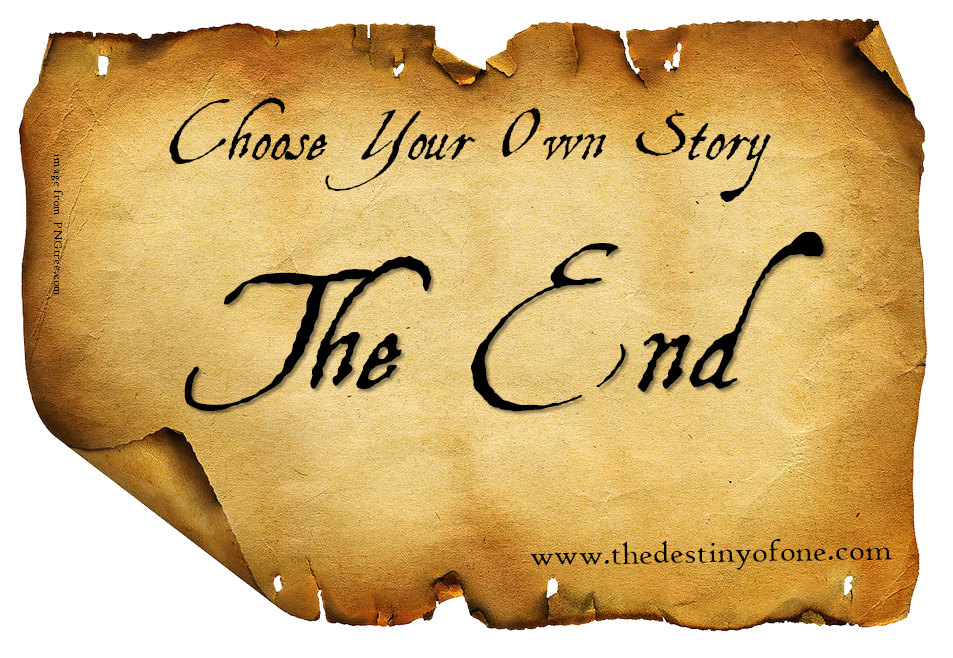 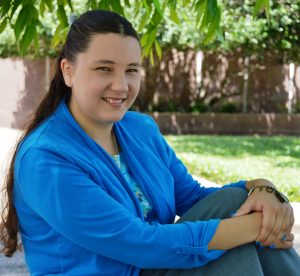 Some dreams will be dashed, and their devotion will be tested. 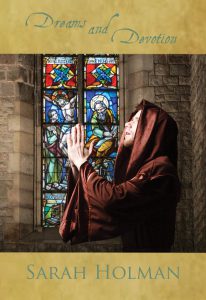 Dara’s life is full of farm work and worries, especially now that her older brother is a priest in a faroff city. Yet she still has time to dream of the life she hopes will someday be. She dreams of marrying her dear friend and the worries of her family ending. Now, the selfishness of one person threatens her very way of life.

Dresden’s initial excitement about living a life devoted to the service of God quickly is dashed on the rocks of reality. The life of a priest is nothing like what he imagined. To make matters worse, he finds out his family back in his home village is on the brink of disaster. Torn between his vows and his love for his family, what will he choose?

Buy the book for the special preorder price, here. 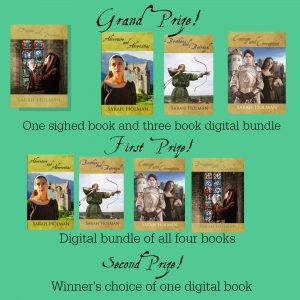 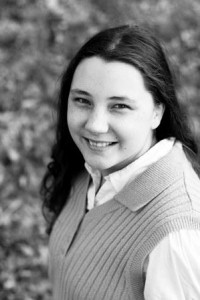 Sarah Holman is a not so typical mid-twenties girl: A homeschool graduate, sister to six awesome siblings, and author of many published books and short stories. If there is anything adventuresome about her life, it is because she serves a God with a destiny bigger than anything she could have imagined.

Stops on the blog tour:

Who Was Dr. Joseph Warren?
A Guest Post by Sarah Holman The early years of the American Revolution have been almost completely forgotten. Actually, the entire history of that war is often condensed down to these events: The Boston Tea Party, The Midnight Ride/Lexington and Concord, the Declaration of Independence, 1776, Americans win the War. Some of us know a few more details, but what do you know about the people who lived during those times? Don’t be too embarrassed. I am also describing myself a little over a year ago before I started working on A Different Kind of Courage.

It all started many years ago, when one of my favorite movies was Johnny Tremain. Being the child I was, my favorite character was the calm and kind Dr. Joseph Warren. I wanted to know more about him, but quickly found few people knew about him and there were virtually no resources on him. Years later, when reading a reference to a speech that Warren made, my interest was sparked again. This time, I had the World Wide Web at my disposal.

For the first time in years, I found myself spending hours researching. I found letters to Warren and by Warren. I found interesting facts, old books that told his story, and much more. I knew I just had to write a fictional account where Dr. Joseph Warren had a huge role.

So who was Joseph Warren? Here are a few facts:

To learn more about Dr. Joseph Warren, go to www.adifferentkindofcourage.blogspot.com – or you can read my historical fiction book, A Different Kind of Courage.

Sarah Holman is a not so typical mid-twenties girl: A homeschool graduate, sister to six awesome siblings, and author of five published books and counting. If there is anything adventuresome about her life, it is because she serves a God with a destiny bigger than anything she could have imagined.

A Different Kind of Courage
by Sarah Holman

“Why did my life have to be full of secrets?”

After three years in England, William Landor returns to Boston in 1774, little knowing the events that are about to unfold.

England has issued an ultimatum: Pay for the tea that was destroyed in the Boston Tea Party, or the Port of Boston will be closed. William knows that this will have a devastating effect on his hometown, which is so dependent on the sea. However, he finds himself in the middle of the political struggle he wanted to avoid.

William’s father is a merchant and loyal to the king and is furious at what the rebels of Boston have cost him. He would like nothing more than to rid the city of their poisonous influence. Meanwhile, William’s best friend, Dr. Joseph Warren, is one of the leaders of rebels, or Whigs as they call themselves.

As if his life was not complicated enough, he meets a fiery indentured servant who tugs at his heart as well as his loyalty. When he is confronted by the consequences of his many secrets, he has to make a choice whether or not to tell the truth. Does he have the kind of courage it will take?

Today I am pleased to be participating in a cover reveal with Sarah Holman and Jessica Greyson. So, without further preamble … 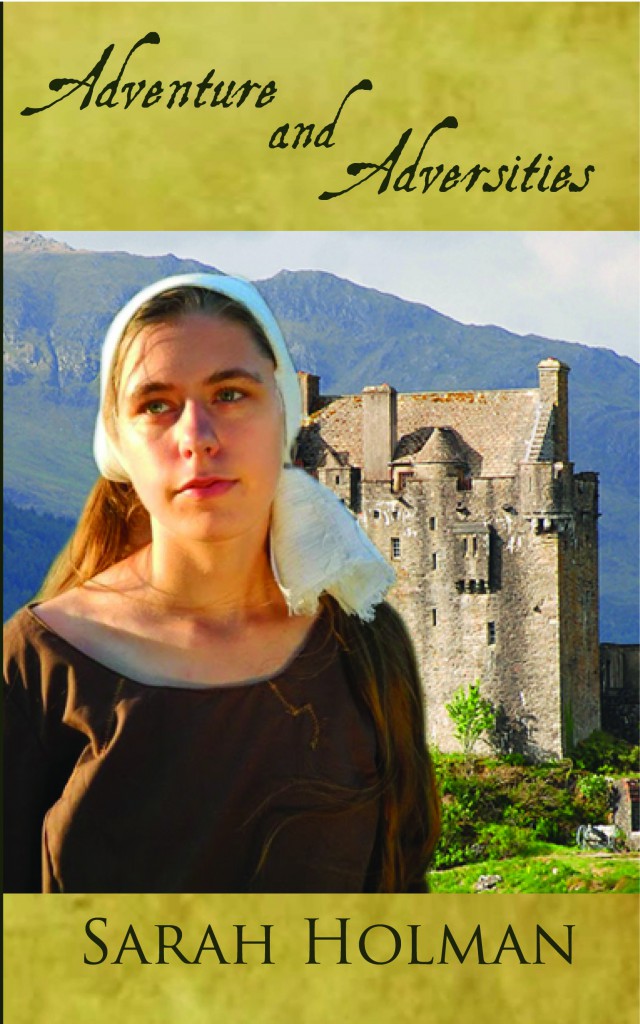 Adventures and Adversities, by Sarah Holman: One day Alditha is content living with her family, the next she is taking her friend’s place to serve at the king’s castle. Her father’s final instructions, to keep smiling and to do what is right, will be harder to live out than she ever imagined. She will face a royal nephew who delights in making people miserable, an angry servant girl who will stop at nothing to get what she wants, and noblemen who plot murder. Will she be able to keep the promise she made to her father? Will she find the faith she longs for during all her Adventures and Adversities?

Sarah Holman is a not so typical mid-twenties girl: A homeschool graduate, sister to six awesome siblings, and author of three published books and counting. If there is anything adventuresome about her life, it is because she serves a God with a destiny bigger than anything she could have imagined. You can find her at DestinyofOne. 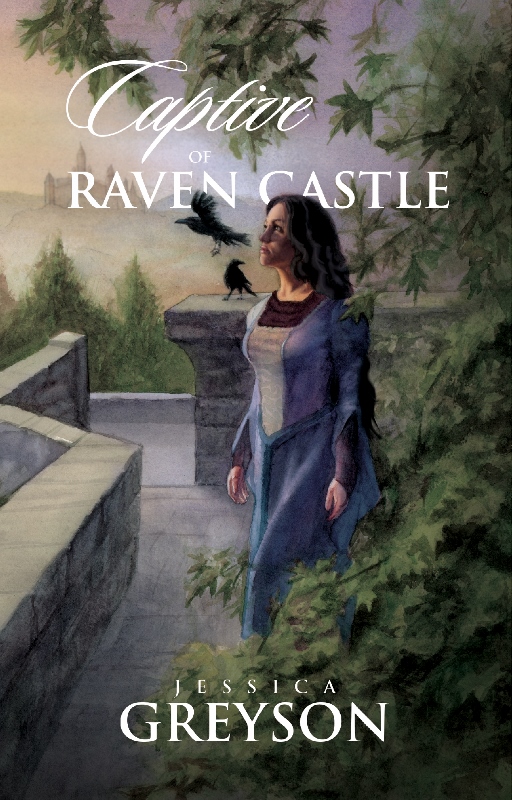 Captive of Raven Castle, by Jessica Greyson: The troubled people of war-torn Chambria are on the brink of starvation, and a delicate princess with a recurring nightmare is their only hope. Alexandra knows that her value to her country consists mainly in her ability to marry well, but when she is kidnapped by the rebels and taken to meet the man claiming to be both Chambria’s true king and her real father, her entire world falls apart. Will Princess Alexandra be able to untangle the web of lies and discern who is the true king and her father?

Jessica is a daughter of the Risen King, saved by His Grace, kept by His holiness and loved through His sacrifice. Her dearest passion is the written word. In the past few years she has completed 5 novels, and is currently working on 6 stories between her beloved family and multiple and varied jobs. Jessica is currently pursuing self-publishing to follow her calling to be HIS ready writer. You can find her at SafireWriter.

Captive of Raven Castle and Adventures and Adversities will be available on Amazon on November 15th.