It happens in fiction. A character strides through scene after scene, endlessly impressive to his fellow characters and obviously beloved of his author. He is invariably showered with attention and almost always with praise – except from the audience. The audience can only watch, baffled and annoyed. This character is the author’s pet: The author is transfixed by him, but the audience just can’t share the joy. Call it the Reepicheep Syndrome.

Reepicheep is, of course, the bold, talking mouse of C.S. Lewis’ Chronicles of Narnia. We know he’s bold because

they tell us he’s bold, and also because he recommended the phenomenally bold course of sailing to the Island where Dreams come true (though here I am using “bold” in the sense of “stupid”). Reepicheep talked incessantly of honor and his sword, though his only known uses of the sword were to beat a coward and stab Telmarines in the foot. His habitual threats of violence thus rang hollow. But everyone took him as a paragon of valiance and courage, and by the end of Voyage of the Dawn Treader, it was all rather too much.

Though the namesake of this syndrome, Reepicheep is a mild example of it. Why C.S. Lewis decided to anoint him “most valiant of all the Talking Beasts of Narnia” is a mystery, but at least he remained fairly tolerable. A far more extreme (and obnoxious!) example is Wesley Crusher. Widely taken as an avatar of Gene Wesley Roddenberry, Wesley Crusher was the Enterprise‘s wunderkind, a precocious genius and occasional savior of the ship, the captain, and possibly the galaxy. What he is truly famous for, however, is the irritation and, yes, hatred he inspired in the fans.

The hatred is probably out of proportion to the actual offense. But the point is that it was very real. For some reason, it struck the writers – or perhaps just Roddenberry – as a good idea to present Wesley as genius, savior, and sometime-victim of adult stupidity, while viewers – according to their account – mostly suffered. Wesley Crusher is an exemplar of the Reepicheep Syndrome.

But the greatest example – the model of imperfection for the ages – is Jar Jar Binks, the symbol for all that is wrong with the prequels. The mockery and hatred directed at Jar Jar Binks is a rare distinction; that he is annoying is as universal an opinion as that the world is round. (There are always dissenters.) George Lucas thought he was a good idea, though, and that was when the franchise started going off the rails. Even after receiving the judgment of the fandom, Lucas insisted on including Jar Jar Binks in following movies. In one sense, he broke from the usual pattern of the Reepicheep Syndrome: Jar Jar was not an object of much admiration (though the people of Naboo, proving that they should have been left to the Trade Federation, elected him senator). But the divergence between the author’s judgment and the audience’s is rarely so overpowering.

Divergence of opinion between author and audience is common. The Reepicheep Syndrome distinguishes itself by a blatant fondness on the side of the author that is inexplicable to the paying public. Wesley Crusher and Jar Jar Binks are star examples of this phenomenon, but all readers have their own experiences of it. Reepicheep is one of mine. What are yours? 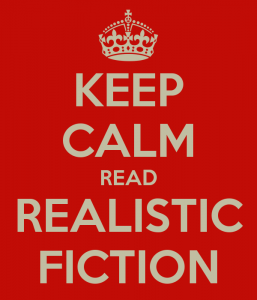 If I were a Starfl

eet captain, I would employ a strict policy of avoiding all unusual and/or unexplained phenomena. Temporal rifts, subspace distortions, collapsing stars, expanding black holes, folds in space, a stitch in time – whenever one of these appears, I will order my crew to point the ship 180 degrees away from it and depart at a brisk speed of Warp 5. Due to forward-thinking actions such as this, I anticipate a longer, happier life for myself and all my crew.

If I were a Starfleet captain, I would listen very carefully to any advice my first officer has to give. If I am ever wrong, he will be the one to tell me so.

If I were a Starfleet captain, I would turn the lights in Ten Forward all the way up. I would also replace unnaturally-colored drinks that appear to be foreign substances with ice cream sundaes. This would help to lift the gloomy atmosphere that too often pervades Ten Forward.

If I were a Starfleet captain, I would permanently shut down the holodeck. As I would explain to the crew, the holodeck encourages unhealthy inclinations, anti-social tendencies, denial, and extended unnecessary, pretentious scenes. Additionally, the holodeck will invariably go wrong, not to mention weird, and further encourage disconnection from reality. For the crew’s mental and physical well-being, the holodeck will be replaced by a gym, library, coffee shop, and chapel.

If I were a Starfleet captain, I would disassemble the self-destruct mechanism. There is no point.

If I were a Starfleet captain, I would not assure obviously hostile persons that I mean them no harm. For one thing, the fact that they are firing on my ship, menacing my officers with a weapon, or commandeering the ship’s computer indicates that they do not care. For another thing, if they do not very shortly cease to fire, menace, or commandeer, I will mean them harm.

If I were a Starfleet captain, I would install seat belts at every station on the bridge. I would also install seats for those officers who, for reasons undisclosed, always have to stand up. Their jobs are perfectly sedentary in nature and will, from a sitting position, be performed with equal efficiency, greater happiness, and (due to the new seat belts) increased safety.

If I were a Starfleet captain, I would launch an inquiry into what, exactly, replicator food is and where it comes from. Nothing just appears out of nowhere.

If I were a Starfleet captain, and my ship unexpectedly crossed paths with eccentric scientists, superficially harmless wanderers, or mysterious aliens traveling alone, I would immediately order them clapped into the brig and their crafts impounded. They get you every time.

If I were a Starfleet captain, I would memorize the Prime Directive so that I can quote it just before disregarding it.

If I were a Starfleet captain, I would memorize the following words and phrases: “Red alert;” “Divert power to the shields;” “Compensate;” “Evasive maneuvers pattern [random letter of the Greek alphabet];” “Damage report;” “Launch the torpedoes;” “Fire;” and “Retreat.” This would prepare me to meet any battle situation.

If I were a Starfleet captain, I would ban the color red from all uniforms save those worn by the most senior officers. In a related initiative, I would make it a policy to send only prominent deck officers into dangerous or mysterious off-ship situations. They always come back.

If I were a Starfle

et captain, and any member of my crew began to exhibit classic and incontrovertible signs of insanity, I would immediately consider that he is suffering some disease unknown to medical science, that he is being tampered with by an alien, that he is an alien, that he recently arrived from another time-space continuum. I will continue to consider all these things even in the face of a total lack of physical, statistical, and anecdotal evidence. Finally, I will even consider that he is actually insane, just in case they try to trick us.

If I were a Starfleet captain, I would lead the safest, happiest, most well-adjusted crew in Starfleet.