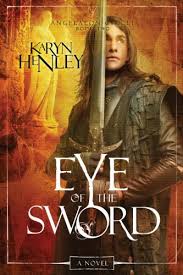 5 thoughts on “CSFF Blog Tour: Eye of the Sword”