Yesterday I wrote that, in Karyn Henley’s Angelaeon Circle, God is not really God and the angels are not really angels. Chawna Schroeder and Julie Bihn wrote similar criticisms, going into Scripture to show the difference between Karyn Henley’s angels and God’s.

Becky Miller wrote that the angels in the Angelaeon Circle are invented beings who should not be taken as representative of true angels. She also pointed out that the debate about which fantasy novels are Christian includes works as respected as Lord of the Rings.

We all would agree that, in telling and enjoying stories, Christians have broad creative license. New worlds with strange races and different natural laws – that is permitted. The question is this: What sort of creative license do we have in portraying God and angels in these speculative worlds?

I will take the question regarding God first, because it is more important and also easier to answer. Whenever Christians write of God – even in fantasy worlds – everything they write must be true. There’s enough room in this universe to imagine a thousand different planets and races, but there is not room enough to imagine a different God.

I don’t think that every Christian fantasy has to bring God into the picture. But if any does, it must be true to Scripture. Silence is better than a false portrayal. In the Angelaeon Circle, everyone acknowledges that the Most High exists – and usually acts as if it doesn’t matter. Even the angels rarely take him into account. A story like Lord of the Rings, where the heroes don’t talk about God, is more Christian than a story where the heroes treat Him as negligible.

As for the angels, I wouldn’t lay down an absolute principle there. Some reviewers have been bothered by Karyn Henley’s unbibl 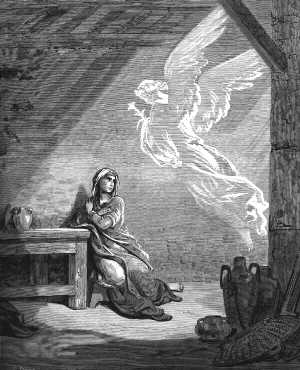 ical angels, some haven’t been, and I understand and respect both positions. Each to his own conscience and his own judgment.

But it might clarify things if writers would decide at the beginning whether they really want angels. Do they want holy, celestial beings who do not marry, die, or procreate? If the answer is yes, then they should portray angels as they are.