Among Starflower‘s fine points is its spiritual themes. I found them interesting, and ultimately moving, and in the various devices of Christian fantasy, they were fresh. Fresh, but familiar. I had read something similar in a poem once.

In her Author’s Note, Anne Elisabeth Stengl wrote, “Many of themes found in Starflower were inspired by a beautiful poem written by Francis Thompson. The poem is called ‘The Hound of Heaven’.” Principal among those 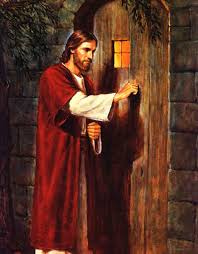 Here, then, is a link to the poem, with a lovely and elegant layout; beneath the poem is a brief commentary G. K. Chesterton once gave on it, and a biography of the poet. And here you may hear Richard Burton read The Hound of Heaven.

This poem is not easy reading; I think that anyone besides a Cambridge professor of literature who wants to understand all the words will have to use a Dictionary. The narrator is not afraid to say things like, “Banqueting / With [our Lady-Mother] in her wind-walled palace, / Underneath her azured dais, / Quaffing, as your taintless way is, / From a chalice / Lucent-weeping out of the dayspring.”

Yet there is, first to last, something arresting about the poem. The style and the imagery are astounding – some might say confounding, but never merely dull. More even than that, the poem’s power is the story it tells of Man and of God, of the flight and the chase, the love and the fear. Hard as The Hound of Heaven is, it is worth the effort.

3 thoughts on “CSFF Blog Tour: The Hound of Heaven”