Here is the conclusion to my interview with Robert Treskillard, author of Merlin’s Blade and Merlin’s Shadow. To learn more about his works, visit the blog tour, or his profiles on Goodreads and Amazon.

What level of historical veracity did you aim to achieve?

Well … as highly accurate as I was able to write, given normal time constraints. Thankfully my mother had visited Britain in the 1970’s and had brought back a small truckload of old books, which she then gave to our family. This helped a lot, as did the internet, but I had to be oh so careful, as you can’t take anything for granted.

For instance, the Brits don’t have lightning bugs … they have glow worms! Every detail had to be carefully checked. I’m sure I’ve made some mistakes (as Lars Walker has pointed out!), but the fact that the novel takes place 1500 years ago helps readers to give me a bit of charity. To be honest, we don’t know as much as we’d like to know about the era.

What sources did you use, for the history or the Arthurian legends?

For Arthurian legend, I read the original source texts, such as the Annales Cambriae, Nennius, Bede, Gildas, Geoffrey of Monmouth, Sir Thomas Malory, and a small bit of Chrétien de Troyes. I’ve also relied quite a bit on many of the Welsh writings about Merlin and Arthur, including the poems Y Gododdin, and Pa Gur.

As it is with such lofty legends, though, there is much confusion, contradictions, and embellishments, and that is the beauty and also it’s bane. It does give me a lot of leeway, however, as I can pick and choose what parts of the legend I want to include.

I tend to eschew modern retellings of Merlin and Arthur, though, because I don’t want to taint my own writing. Sadly, I’ve even mostly avoided the BBC Merlin TV show for the same reason. This show came out after I had finished my first draft of MERLIN’S BLADE and thankfully brought a lot of interest to the genre. I almost wonder if I’d even be published if not for the TV shows success!

For general history, I used lots and lots of books, many of which are out of print. For more recent titles, here’s a sampling. I hope they’re all still in print! 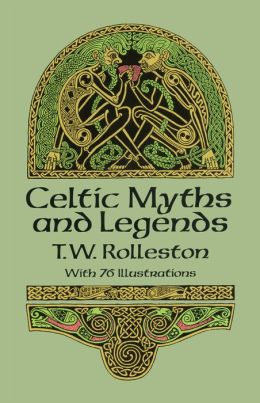 There’s also an itty-bitty Celtic prayer book that I’ve lost track of that I wish I could reference here. These good people’s prayers are very inspirational and really give a feel for the beauty of their simple, rhythmic lives, and their reliance upon God.

Oh, and I also have a collection of Cornish, Gaelic, and Norse dictionaries to draw from, and that is a help beyond measure.

What’s with the wolves?

Aha! The wolves originally were to play only a small role in the blinding Merlin, but then their importance grew to the point that when the novel was submitted, Blink/Zondervan put a wolf on the cover. The funny thing is that after this was done they came back to me and asked for “more wolves” in the latter half of the novel. I obliged them!

Perhaps the single most important story about Merlin is his role in Arthur’s conception. How did you come to grips with that element of the legends, and how did that affect your story?

I don’t want to give anything away, but I answer that question satisfactorily in book two when the party visits Dintaga, which is known in the modern day as Tintagel, the fortress of Gorlas. This is where legend says Arthur was conceived. It will be interesting to see what you think of how I plucked that legend from the mists of time and gave it some neon running shoes.

You are one of the few – in fact, the only I can name – who has experienced the CSFF blog tour as both a blogger and an author. Now that you’ve seen the tour from both sides, what do you think?

Well, there have been other authors who’ve been part of the tour … Jill Williamson, for one, and also Wayne Thomas Batson and Christopher Hopper. Probably more. They were part of it as already published authors, however, so I suppose my story is a little different.

One thing that being on this side has helped me see is the importance of Amazon reviews. I always thought that my blog was the “important place” to put the review, and that Amazon was an “add on” if I had time—which I rarely did.

Now I know better. Yes, the blog is very, very important, but reviews on Amazon, BN.com, and ChristianBook.com, etc. can be critical to a book’s success.

When Michael Hyatt, the former CEO of Thomas Nelson publishers, wrote his first book, his goal was to have *40* reviews posted to Amazon the very first day the book was released. He now has over 340 reviews and is a New York Times Bestselling 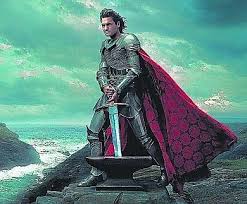 For me … I just now received my 40th review, and it’s been six months!

Goodreads.com was also a sleeper to me. I never paid the site much attention, but have since learned of how critical that community can be to help get word out about a novel.

Also, I’m just thankful for everyon’e hard work to review my books and to promote speculative fiction in general. Being part of the tour as a reviewer is always fun, and being on this side is fun as well—but also humbling as I see people helping me out and sharing their thoughts on what worked and didn’t work in the novel.