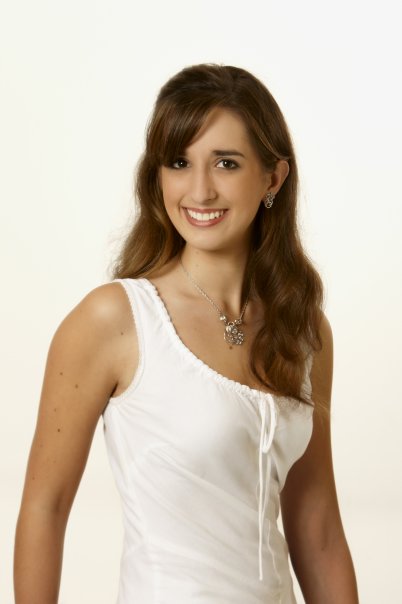 Good to have you here! Tell us something about your new book.

Hi, Shannon! Thanks for hosting me.

Let me see, something about the new book . . . Well, Shadow Hand is book 6 in my ongoing Tales of Goldstone Wood series. It is a standalone story, but I personally think it reads best in context with the rest of the series, particularly Veiled Rose and Moonblood. It features cold Lady Daylily of Middlecrescent as the heroine . . . an unusual protagonist, since she played the much-hated “bad girl” in previous books. But she proved a challenging and fascinating character, one to whom I think many people will relate.

This story also features possibly the most frightening villain of the series to date: the parasite Cren Cru. It is unlike anything else we’ve seen in Goldstone Wood . . . but I really can’t say too much without spoiling the story!

It’s a dark tale, but full of lighthearted moments and characters I dearly love. I think it’s one fantasy readers will enjoy.

What is the greatest adversity – outward or inward – that your characters grapple with in Shadow Hand?

Well, Cren Cru is certainly a great adversary for my protagonists. Lady Daylily is also struggling with the secret, frightening truth of her soul, which she is terrified will “get out” and destroy everyone she loves. Foxbrush is a gawky, earnest young man, the last person to fit the heroic role in which he finds himself, pitted against the dreadful Cren Cru and the twelve Bronze Warriors. There’s always a balance of outer and inner conflict in my stories . . . but usually the struggles my characters face in their own souls are the more bitter and brutal.

What characters in Shadow Hand did you most enjoy working with and why?

I adored working with Prince Foxbrush. He is set up as such a chump in the first two books in which he features (Veiled Rose and Moonblood). And I really didn’t change anything about him from those two stories . . . I simply 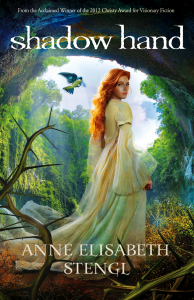 changed our perspective on him. Which made an enormous difference! He’s a fun character to write, and I loved seeing him come into his own.

I understand you’ve founded Rooglewood Press, which will be publishing (among other things) your novel Golden Daughter. That’s a lot of work and investment. Can you tell us why you’ve chosen this direction?

Rooglewood Press allows me the freedom to write my novels how I want and when I want, not to mention as big as I feel the story needs to be. I like having that flexibility! Golden Daughter, as a result, is going to be a good 50,000 words longer than Dragonwitch (which was my longest book thus far). Book 8 may well be longer still. I have epic stories in mind, and I like knowing that I can decide how I want to write them. I also like knowing that I don’t have to crunch everything into some of the tight deadlines I have been working with these last several years. I still plan to produce a lot of work as quickly as possible, and I set my own rigid deadlines. But some of the pressure is off, which is nice for creativity.

What books are currently in progress at Rooglewood?

Let me see . . . first we have Until That Distant Day, a novel of the French Revolution by award-winning novelist Jill Stengl (my mother!). That is our spring release, and it comes out in late April. I am so excited about sharing that story, I could just burst! It’s a fantastic novel, my mother’s finest work.

We also have the beautiful Five Glass Slippers anthology releasing in June. This is a collection of novella-length retellings of Cinderella by five talented new novelists. We hosted a writing contest last year to pick the winners and were overwhelmed with wonderful submissions from all over the world. Narrowing down to five winners was tough, but I really love the stories we finally settled on. It’s going to be a fabulous book, and I’ll be doing all I can to launch these new writers into the publishing world.

We are making plans for the next fairy tale-related writing contest as well . . . Details coming on June 1. We have a cover designed, and it’s gorgeous. I hope to see this second contest be even more successful than the first.

Golden Daughter is currently in production, due to release in November. And we also have another novella set in the world of Goldstone Wood, though the release date on that one is still up in the air.

These are the primary stories we’re focusing our efforts on at present, though we have a few other projects bouncing around. Lots of exciting fiction to come!

Judging by the reaction you have received from fans, which of your characters is the most popular and what do you think is his/her special charm?

Oh, easily Bard Eanrin, Chief Poet of Iubdan Rudiobus. He’s sometimes a cat, sometimes a beautiful man, and always a charmer. Funny fact: My editors at my first publishing house didn’t care for this character at all. But I knew

he was going to be the fan favorite, and I have subsequently been proven correct. He’s so much fun both to write and to read! He’s arrogant, self-centered, sarcastic . . . and he’s also brave, loyal, and (odd though it may sound) surprisingly humble at times.

Have you ever been surprised by the reaction of your readers – what they liked and what they didn’t?

I’ve been surprised at some of the bad reviews I’ve gotten from people who hated this, that, or the other about my work. I’m not as surprised by these reactions as I was when I first started out, however. I’ve come to realize that not every book is going to suit every reader. So I write for my audience, and if a reader doesn’t happen to fit that audience . . . oh, well.

Some readers completely despised the spoiled princess heroine of book 1, Heartless. Many seemed to think I had accidentally written her as spoiled and selfish and called me all manner of variations on “bad writer” as a result. But then I still get fan mail from readers telling me how Princess Una is their favorite character of the series and the one they most deeply relate to. I think many of us have a “spoiled princess” side to our nature, whether or not we like to admit it. So while I was surprised at the negative reaction to her, I’ve also learned to accept (as stated above) that not every book is going to suit every reader.

I wasn’t surprised at all by the general adoration for Eanrin. As I said, I strongly suspected from the get-go that he would be the fan favorite. He’s my favorite too, after all!

I know the Tales of Goldstone Wood has endless potential to be mined, but do you foresee yourself writing books outside the series?

Possibly. But my focus is pretty much centered on Goldstone Wood right now. It’s so ripe with new ideas all the time!

What do you hope for yourself and for your readers in the publication of a new book?

I hope that new readers will always be swept up in an exciting new story, completely unlike the last story . . . but always filled with the same refrain of grace extended to the undeserving. For myself, I just hope to continue having opportunity to write these stories I love, sharing the vivid worlds and characters in my head.

Any last thoughts (anything you want to say that I haven’t gotten to)?

Well, I want to give a big shout out to all of my wonderful Goldstone Wood Imps! These are the core fans who have really jumped on board with this series, adding to the life of these stories in profound ways I would never have expected. They bring fan art and fan fiction that is completely delightful, and they contribute to discussions and ideas. I write these stories for all of them. They are always so inspiring and encouraging to me . . . I know this series would not be what it is today without the Imps!

Thanks you again for featuring me on your lovely blog, Shannon. ☺

To learn about all of Anne Elisabeth Stengl’s works, visit her Goodreads page.

Anne Elisabeth has graciously provided a book for a giveaway. Enter below to win.