Wayne Thomas Batson is the author of the new book Dreamtreaders, the first of a trilogy. To learn more about him and to see a full listing of his works, visit his Goodreads page.

Good to have you here! Can you begin by telling us about Dreamtreaders?

Great to be here! Thank you for having me! Dreamtreaders is what you might call “urban dream fantasy.” It’s the modern world that all readers will recognize but with a disturbing caveat: Dreams are far more serious—and dangerous than we ever guessed. Archer Keaton, at age 14, is the youngest Dreamtreader ever chosen. He and the other two Dreamtreaders are guardians of the Dream realm where a deadly serious enemy is out to destroy mankind from the subconscious level. Throughout the centuries, the Dreamtreaders have kept the Nightmare Lord in check, but now, something has changed. The very fabric between the Dream and Waking Worlds is fraying. Will Archer and the Dreamtreaders do enough to stop the cataclysmic Rift from occurring? Read and see. 😀

The back cover of your book says that “dreams have been powerful ingredients of God’s plan as revealed through Scripture.” How did that influence your thinking as you wrote Dreamtreaders?

As I explored the Dreamtreaders concept, I needed to know what God has to say about dreams. Are they noble? Are they sinister? Are they a gray area? I was more than a little surprised to see just how often God used dreams to communicate truth to His people. But not just truth, but warnings as well. And I got to thinking that the enemy of our souls usually likes to pervert anything God has called good. And I thought about nightmares. Sometimes they can feel so real, can’t they? Sometimes bad dreams shake us up. Sometimes, they can provoke anxiety or even a sense of confusion over what was dream and what was actually memory of reality. So that took me deep into the plot and gave me the Bible backbone I needed.

How did you go about constructing the world of the Dream with all its rules?

The first step was recognizing a need for rules. The fantasy genre is rather free with such things, meaning that you can invent whole worlds, cultures, races, families, and such. But no matter what the setting, there must be an internal logic to it. The Dreamscape, for instance, cannot simply be anything goes all the time because it robs the story of its tension. Sure, it’s fun to have no-rules, imaginary, crazy town for a little while, but after a bit, the reader would soon realize that nothing really matters. If a villain cannot kill me or even hurt me, then, there’s no threat. If, in the dream, my enemy turns himself into a cat to scratch me, but I turn into a dog, and the enemy turns into a lion, and I into a hunter… 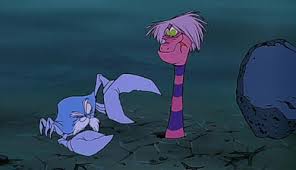 see where that goes? It’s Merlin versus the Fairy Godmother all over again. It’s cute for a little while but soon becomes exhausting.

The next step is to decide what rules make sense for a dream world? Since dreams happen in the mind, it made sense to have there be a limit to just what the mind could endure. So, in the Dream, you -CAN- create anything you want, but it’s harder the first time to create anything you’ve never created before. And, your mental energy is finite. Your will can wear down over time, so that creates a boundary and, by extension, adds tension. What happens to a person who tries to create something too big or too complex? What happens to a person when the mental energy runs out? Those are the kinds of dangers that can (hopefully) drive a story!

I do like to play around with names. In fact, I kind of obsess over names. But, as to the names you mentioned, I can neither confirm nor deny that these names indicate anything significant or sinister about their characters.

Was there any character you found particularly hard to write?

Master Gabriel, the head of the Dreamtreaders Order, was difficult because I kept picturing Gandalf the Gray in my mind. I really don’t want a character to be derivative of another well-known character or type. But Master Gabriel is very cantankerous, very sarcastic, and very impatient. And, like Gandalf, Master Gabriel always has one thought on this world and its troubles and
another thought simultaneously on troubles beyond our comprehension. I did find a few ways to nuance Master Gabriel, so I think he still succeeds on his own merits. Readers, ultimately, must be the judge of that.

The term “favorite” is kind of loaded in that it seems to imply that I think one character better or more interesting than another. I don’t have an ultimate favorite in that sense. But I find myself very fond of Kaylie Keaton, Archer’s 8-year-old little sister. She’s a true genius but still a little kid. She’s mischievous, tender-hearted, fearless, and afraid all at once. Lots of fun to write her scenes.

Dreamtreaders is marked for middle-grade readers. What thoughts would you hope they would be left with after reading it?

Anchor first. Anchor deep. This is one of the Nine Dreamtreader Laws and, in my mind, the most important for our current generation. This world is rapidly being cut adrift from our moorings. No one seems to know what’s right and wrong any longer. In the hurricane of “do whatever feels good,” our nation’s youth are being swept away. You have got to have anchors. Know what you believe and why. Stand on truth. For the Christian, you have to absolutely count on God to be good, to be there, to be right, and to ultimately save you.

When will the next book come out, and do you have any teasers for us on where the story will take us? I’d like to learn more about Bezeal and Master Gabriel, myself.

Dreamtreader’s 2: Search for the Shadow Key should be out this fall. All I can tell you is that there’s a series of chapters in that book —whoo!— it’s the most tension-filled sequence I’ve ever written in any of my 14 books. It will leave you breathless. I can’t wait to see what readers think! Oh, and you’ll get more on Master Gabriel and Bezeal too!

The last word is yours: Any final thoughts, anything you want to say that I didn’t get to?

I guess I’d kind of like to offer up a disclaimer to readers: Dreamtreaders is not a theological treatise. It’s not a parable to the Bible or a gospel tract dressed up as urban fantasy. It does, however, have a soul. There are themes that I truly believe will sharpen the Christian and challenge the unbeliever. Some of the best themes in the book came about very organically. It wasn’t until after that I looked back and thought, “Holy cow! That’s a lot like…” God is so cool in that way. The Lord of the Harvest is also the Lord of Surprises.