Let’s talk about promises. To narrow the field, let’s talk about the promises the producers of culture make to us regarding their shows and movies and books.

Now, I don’t mean advertising slogans (BEST OF THE YEAR), which are not promises so much as exercises in hope and hype. I mean the implicit promises of genre, or brand, or whatever label under which a work takes 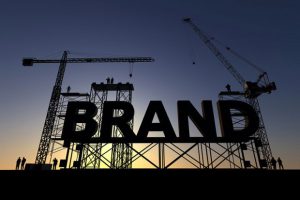 up residence. These promises are made (of course!) in the interest of profit; if they get us to believe, they get us to buy. But once we believe and buy, they end up bound to their brands. The power of brand is a conservative force and resists change – including from readers and writers wanting something new in Christian publishing. (Incidentally, that is a preview. We will end at Christian publishing, but we’re taking the long way around, like they did before the Federal Highway-Aid Act.)

A brand is identity in shorthand and infinitely useful in this capitalistic world of choices. When you are so unfortunate as to be driving cross-country, do you stop to eat at small, unknown restaurants in small, unknown towns, thus exploring the rich variety of our great country and supporting hard-working small-business owners?

Of course not. You might get disappointed. You might get lost. You might get salmonella. What you do is, you watch the FOOD signs and get off the interstate when you see the logo of a chain restaurant that strikes you as good or, at any rate, acceptable. I’ve seen critical social commentary of this, but it’s only good sense. The selection off the highway sign of corporate logos is a selection based on knowledge, and if you’re not thrilled about getting a mediocre hamburger from McDonald’s, you won’t really be disappointed, either. Because you knew what to expect.

To teach people what to expect is the triumph of brand, and quite www.namikeystonepa.org/klonopin/ profitable when the expectations are good. What follows such triumph is an effort to preserve the brand and fulfill expectations. Disney, for example, has released most of its PG-13 fare and all of its R-rated fare under its Touchstone label. The more auspicious Disney label is reserved for gentler, kinder movies, movies fit for children. This is not a moral decision or an expression of values. Disney knows that its brand is a promise of movies that, while rarely without a dose of pathos, will never be too edgy or dark. Violate that too often or too egregiously, and see how many parents will be buying theater tickets on no other grounds than “it’s Disney”.

The same principle is manifest in publishing. Del Rey isn’t going to be releasing cozy mysteries with titles like Lemon Meringue Madness, and if you’re waiting for Harlequin to publish a six-hundred page literary novel with allusions in the original French and a textured analysis of symbolic-interactionist theory, I hope you’re a patient soul. That’s not what they’re about, and their readers know it.

And what is Christian publishing about? What promises does it make? To many readers, one of its most crucial promises is that it will be clean – that they can get the story they want without the unsavory content they don’t. All such readers could doubtless find books in the secular market they would enjoy, but the finding is so much easier in the Christian market. They expect that Christian publishers will adhere to certain standards, and depend on it.