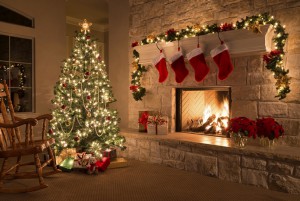 If you listen long enough, you will discover that Christmas is too much of many things. It is too commercial, too materialistic, too Christian, too pagan, too saccharine and nothing but an excuse for shameless capitalistic mongering. These opinions will be with us until the end of Christmas, and I have no ambitions of dislodging them. But there is one I would like to dispute.

Christmas is a pagan holiday. I’ve heard this a lot, from people who approved and people who did not, and I’ve grown ever more skeptical. The historicity is vague at best, the thinking is demonstrably sloppy at times, and I see a fundamental confusion of the past and present tenses.

The historical details of the claim are often hazy. For example: Which pagan holiday? Saturnalia? The winter solstice – and if so, whose? Because strictly speaking, the winter solstice is an astronomical event and a good number of cultures have made it a holiday. More importantly, when and where did Christmas first begin to be celebrated? What descriptions of it, or commentary on it, exist in ancient sources? Is the “Christmas is a pagan holiday” claim really just an inference from general facts?

And this leads into the thinking that is, shall we say, less than rigorous. Very little is proved by the fact that Christmas takes place at roughly the same time as Saturnalia and several European solstice holidays (not to mention Hanukkah and Sanghamitta Day!). A midwinter feast is not a terribly original idea and it is quite possible that Christmas and Saturnalia both began in the Roman Empire and were still entirely distinct. That Christmas existed in the same time periods and cultures as pagan holidays may suggest associations, but it does not prove them.

Another idea in need of debunking is the notion that anything used as a symbol by pagans is forever a “pagan symbol.” Among my favorite instances of this are the Advent wreath, supposedly pagan because it is a circle and circles are a pagan symbol for eternity, and the Christmas Tree, which reputedly has its antecedent in pagan use of evergreens as symbols of life and fertility.

Part of the fallacy in this is the evident assumption that anything pagan is by definition anti-Christian. And this assumption is false; the divide between Christian and pagan may be large but it is not total. It is further obvious, as soon as you think it through, that the circle as a symbol for eternity and the evergreen as a symbol for life aren’t derived from some intrinsically pagan belief. They are derived from the nature of the things and from the universal cast of the human mind. A circle is endless, like eternity; an evergreen tree is living green when everything else is dead brown and gray. Pagans turned them into symbols before Christians did; there were, after all, pagans before there were Christians. But that does not make the symbols false or bad.

Another part of the fallacy, and perhaps the most significant part for this discussion, is that symbols change with culture. It’s likely that pagans had, in evergreen and holly, associations that Christians do not. It’s possible that certain Christmas rituals were adapted, long ago, from customs with pagan religious meaning. And so what? Who has those associations or cares for those meanings now?

And here we reach the confused tenses. Though I’ve never seen a compelling historical case for it, perhaps Christmas was pagan. It still wouldn’t mean that Christmas is pagan. No one can imagine that, if an ancient Roman were sucked through a time portal to our modern Christmas, he would say, “Why, it’s the Saturnalia!!!” Things change, sometimes beyond recognition. Their meanings change. Consider

the symbols of Christmas – whether snowflakes and reindeer and Santa, or angels and the manger and the star – and it is plain that neither Saturn nor the sun-gods have anything to do with it.

What matters is not what Christmas was centuries and millenia ago, but what it is today.