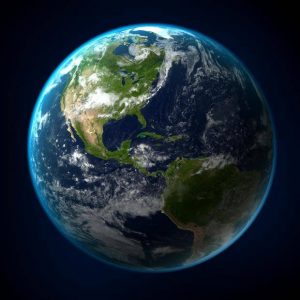 combined and sometimes are, but each can and does go alone, too. Together or alone, they weave an inescapable cynicism into the fabric of their stories.

It’s not that the institutions are broken. It’s that people are so stupid and savage, and nothing is worse than a crowd of them. A whole town melts into a ruthless mob; an entire hospital’s staff can evidently believe that decapitation is a legitimate medical operation (and be enthusiastic to see it); a circus show that advertises freaks being devoured by lions draws a crowd. In the middle of all this, we’re told that the heroes want to put out fires and the villains want to start them, but in the middle of all this, you have to think: The villains have a point. Lots of places end up burning down in this series, and it’s usually an improvement. Even for a show devoted to satire and absurdity, A Series of Unfortunate Events went too far, made too many people too stupid, too many people wicked, too many institutions worthless.

This is a mistake I’ve seen before. It looms particularly large in fantasy. This is partially because fantasy is by nature inclined to stories about saving the world, and such stories magnify the consequences of the error. When the hero saves the world, our sense of victory will be somewhat reduced if we privately feel that his efforts were perhaps wasted. We will still assent to the moral principle that villains ought not to burn down worlds, even if it’s an aesthetic improvement. But the purpose of stories is less to assent to truths and more to feel them.

Another reason the trope of the worthless world especially afflicts fantasy is that the most common inspiration for fantasy worlds is the Middle Ages. Many people evidently believe that the Middle Ages occurred before the invention of bright colors and were essentially the Black Plague interspersed with crusades. Such inspiration can curiously combine a lack of physical beauty (all the gray! brown! black! dirt and decay!) with a lack of moral beauty (oppression! corruption! superstition! ignorance! violence! everywhere!). When stories take us into such worlds, the stay is unpleasant. I think authors forget what a demoralizing effect the bleakness of their worlds has over their stories. Even genuine heroes can’t always counterbalance it.

Curiously enough, the cynicism of the worthless-world stories doesn’t always seem intended. In these stories, the heroes are truly heroic and a sense of morality prevails. But it’s not enough to have heroes who save the world. We need a world worth saving, too.