There is a moment in The Last Jedi that evokes the famous Battle of Hoth: the pursued, outnumbered rebels, in the temporary shelter of their fortress; the gleaming, mechanized army of the New Order; the battle lines drawn across the snow. You recognize the battle about to be commenced, and you can’t help but feel a measure of amazement that not only is the movie still going on, it evidently intends to go on for at least another half hour. 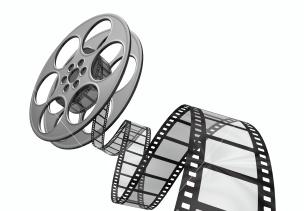 Excessive running times are one of the annoyances of modern movies. They’re a particular hardship in bad movies, of course, where (to paraphrase the great C.S. Lewis) length of minutes is only length of misery. But they dampen good movies, too, stirring up restlessness just when the story is rousing itself to its climax. There is the rare movie that can extend to behemoth lengths without losing power or charm, but the key word in this statement is rare.

The length of movies is constrained by the inherent nature of movies. Movies, first created exclusively for theaters, are designed to be experienced in one sitting; in the theater it is impossible to stop the show and come back later, and even in the home it tends to spoil the effect. Now, human beings can only stay seated for so long. The time that they want to stay seated is even less. Movies that run on too long will end up competing with various biological impulses pinging in the brain: move, get up, stretch, think about dinner, you’re hungry, you’re thirsty, you know where the bathroom is in this place? This is not a battle that movies easily win.

Permissiveness toward movie lengths creates two negative dynamics, one in the creators and one in the audience. Creators are freed to bigger and more ambitious projects, but they are also freed to self-indulgence and lax workmanship. If you are forced to cut, you cut the worst, and if you are allowed to expand, you expand to the worst. It takes only a little experience of movies to know that audiences get more below-par scenes than we do gems from extended running times. Think of those disappointing trips through the bonus features, where you watched the missing scene and then quietly reflected to yourself, “So that’s why it was cut.”

Long movies create a different dynamic within the audience. They often lower the audience’s tolerance; a two-and-a-half hour movie must work harder to justify itself than a movie that ends well short of two hours. Certain types of missteps, and even disappointments, are magnified. If you found the action sequences repetitive, if the dialogue rambled, if you thought that side-quest to the casino enragingly pointless, and the movie was 40 minutes longer than it was required to be – couldn’t they have cut it?

A popular justification of long movies calls it giving the audience its money’s worth. Yet quality, and not length, makes the show worth the price. It is a well-publicized truth, all childish measurements aside, that more is not always better. And so a request to the creators, if they will have it: When you find yourself able to extend a film well past the two-hour mark, consider carefully: Should you?