The western world has been determinedly turning out pop-culture Christmas stories for a solid 150 years. There is the classic It’s A Wonderful Life, the overrated Frosty the Snowman, and the classically overrated Gift of the Magi. But the best of them all – possibly even the 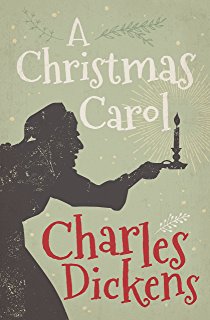 first of them all – is A Christmas Carol. Its greatness is made of many parts; I will here name five of them.

The characters. Ebenezer Scrooge is immortal. Dickens sketches his portrait in sharp, strong strokes – the covetous old sinner – and embellishes it with detail and variegated colors. He’s triumphantly awful in the beginning, in an entertaining sort of way; his sympathetic side emerges as soon as the spirits do, because it is rather gaming of Scrooge to debate the ghost of Jacob Marley over whether it actually exists, and you must admire anyone who responds to a haunting with personal insults (“There is more of gravy than of the grave about you!”). The rest of the story effectively shows his souring and then his softening.

Other characters occupy their own territory in civilizational memory. Jacob Marley and the Ghost of Christmas Future are chillingly evocative, and if Bob Cratchitt and Tiny Tim live under the accusation of being saccharine, they still live.

The writing. There are excellent film versions of A Christmas Carol, by which I primarily mean the one with George C. Scott. But the narrative and description of the written story are a delight that cannot be replicated in any movie. Dickens’ story breathes with color, wit, and feeling; he could – and did – describe an apple and give it character. If you can read Marley or the Ghost of Christmas Future without your blood being a little chilled, you were cold-blooded to begin with. If you can read his descriptions of food without getting hungry, you’re not even alive.

The supernatural character of the story. Technically, only Marley was a ghost. The other three were spirits. Still, the Ghost of Christmas Future is as harrowing an apparition as old Marley. A Christmas Carol is captivating in part because it seamlessly weaves Christmas story with ghost story, sentiment with horror. The story aims for the heart. It makes no qualms about playing on the nerves as well. A Christmas Carol creates, for its stage, a nexus of the spirit world and the world as humanity has made it – and it is unforgettable.

The sentiment. A Christmas Carol beats with sentiment – richly, warmly human sentiment. It ranges without shame from lunges at primal human sympathies to refined elocution. Tiny Tim is the height of the first; the second is scattered throughout the text, one of my favorite examples being the Ghost’s rebuke to Scrooge’s dismissal of the poor as surplus population: “Oh God! to hear the Insect on the leaf pronouncing on the too much life among his hungry brothers in the dust!”

To be fair to Dickens, his sentiment was not entirely without a sterner note. Marley strikingly refused Scrooge’s plea for comfort: “I have none to give. It comes from other regions, Ebenezer Scrooge, and is conveyed by other ministers, to other kinds of men.”

Which is the sort of thing that really lets you know where you are in life.

The joy. I’ve written before how Scrooge’s cold heart is manifested in his joyless life, and his return to human sympathies is a return to fun. Scrooge is recalled to charity; he is also recalled to joy. One of the charms of A Christmas Carol is how innocently and wholeheartedly it rejoices in the material pleasures of Christmas. There is nothing ascetic or gloomy about its view. The story makes no difference between goodness and happiness, between high sentiment and simple pleasure. They flow simply, naturally together – and that is wonderfully attractive.