Two weeks ago, life was normal. Back then you could go to the theater, or set up camp in a Starbucks with a laptop and a latte, or go to the store with breezy confidence of finding toilet paper. The churches were open. Remember that?

Now we are all waiting for a return to normalcy. Even if you’re lucky enough to have both your health and your finances sound, even if your own life has changed only in altered routines and negligible inconveniences – even so, you want that return. There is an uneasy 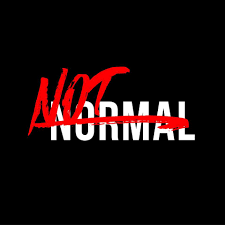 uncertainty in the atmosphere, a question waiting for an answer. We move about life with a wary eye on the news, on the world, watching for the answer to appear. How bad will it be?

These are interesting days. People will write books about them. But it’s the duller days you want to live in, the tranquil epochs between history’s watersheds. What makes good reading, after it’s all done, is not what makes a good life in the moment. The same paradox is at work in our stories. The sort of stories we want to read or watch are not the sort we actually want to live.

There are exceptions, I know. The adventures are thick with danger and privation, but some people really would take them anyway; the romances are fraught with painful drama, but some people really would live them. Still, I am sure that the idea of such things is more appealing than the fact of them. The things that make stories good – danger, difficulties, villains, misfortune, loss – are the things that make life bad. Our lives are a quest for well-being and happiness. Who really wants the apocalypse or the crisis, the danger or the pain?

Some people want to be heroes, a noble impulse. But if heroes are to be admired, the necessity of heroism is to be avoided. Nobody needs to be a hero when things are going well. The first suggestion of anything that would require heroism – whether personal tragedy or public calamity – sets us longing for what we call normal life. We would rather be happy.

In the wake of World War I, and the Spanish influenza, Warren Harding campaigned for president under the slogan ‘Return to Normalcy’. (We’ve had about a century of nitpicking over whether normalcy is, in fact, a word, but Harding indelibly marked American culture and got to be president in the bargain, so the win to him.) Harding declared that America needed healing instead of heroics, restoration instead of revolution, and the dispassionate instead of the dramatic. He won in a landslide. And what, after all, is the purpose of any heroics or revolution except to protect, save, or make better normal life? The purpose of the stories is not, perhaps, much different.

As we wait for the return of normalcy, we are spending more time with our stories than ever. Never before has binge-watching felt like a contribution to society. And you know something? It helps. So may your stories be exciting, and your life tranquil, and may interesting days soon pass.