Inspection
An Adventure of Christian Holmes 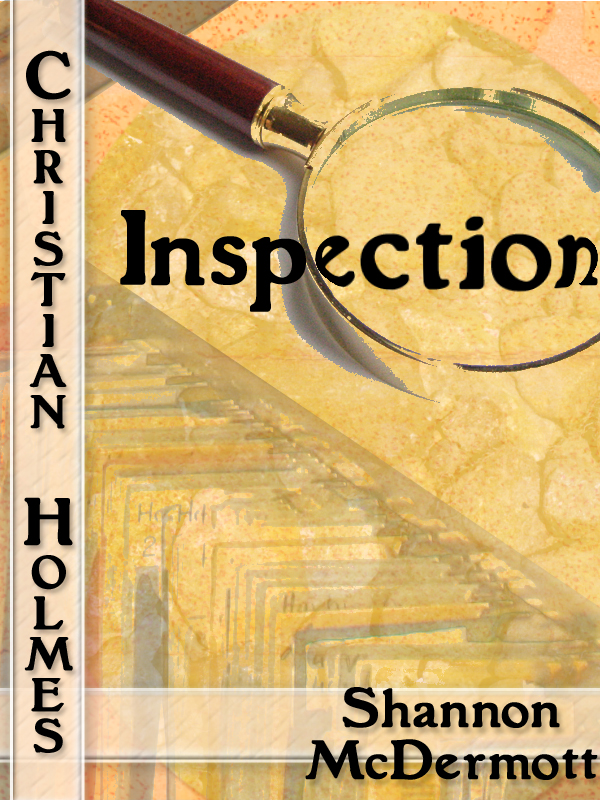 The stack of files was about a foot high, and I slid the folders back into the cabinet with grim speed. One and then another, one and then another. The last three days of my life had been eaten up by files – taking them out, bringing them to Lars, carrying them up the stairs, running them through the computer scanner, carrying them back down the stairs, filing them away. I had begun to feel a vague resentment of the basement, the scanner, and the awful printed papers.

I slipped in the last file, closed the drawer, and turned around. Belden stood nearby, pulling documents out of another cabinet.

I watched him, my feelings not wholly untinged by dread. He shut the metal drawer with an echoing clang and glanced at me. We shared an understanding look and headed out.

It took a minute or two to wind our way out of the cabinets to Belden’s desk. It was empty.

I took one of the chairs, accepting the break. “He’s gone.”

“Good.” Belden thumped down the files by the monitor. “I tell you, Holmes, that guy is a trial. I have been practicing superhuman restraint for three days, but I don’t know how much longer I can take it.”

He had shown more restraint than I would have expected, but sometimes he got a look in his eyes that made me fear all his restraint would break in an explosion of classic proportions. “I wonder where he went,” I remarked idly.

Belden sat in his chair; I realized, watching him settle in front of the computer, that I had begun to think of it as Lars’. Wherever he went, he had left his briefcase on the desk, his notebook laying open on top of it. His glasses, too, laid

As I entertained the idea that Lars was farsighted rather than shortsighted, Belden began tapping on the briefcase. He tapped with both hands, first on the sides, then on the top. The hollow noise carried easily.

Abruptly he pulled his hands back, and then slowly rotated the briefcase. And he stared intensely at the open pages of the notebook.

The writing was, from his viewpoint, upside down, and it took me a moment to ask the question. “Are you reading that?”

“Belden, that’s …” Eavesdropping popped into my mind, but that couldn’t be right. “That’s snooping.”

“If you read it upside down, it’s detective work.”

“You know better than that.”

Apparently he did. Belden slowly straightened up and flipped the notebook shut. Then he picked up Lars’ glasses.

“I’m not hurting anything.” He turned the glasses over in his hand, peered through the lenses, and finally put them on.

I coughed back a laugh. “Not your style.”

Belden removed the glasses and set them down. Then he leaned back in the chair, hands folded together, and gave me a self-satisfied look. “Are you ready for my hypothesis?”

“I’ve been observing Daniel Lars. Here’s what I’ve noticed: One, he’s nosy. He gets introduced to someone, and next thing you know he has the person’s background and work history. Two, he carries around a briefcase”—Belden rapped it—“that he never opens. Three, his glasses are fake. Four …” He hesitated, shame crossing his face, but finished. “Four, he’s making notes about us.”

I glanced at the notebook, then back at Belden. “And?”

“And …” He paused, seeming to relish the suspense. “And so, he’s a reporter.”

“A reporter?” I let my skepticism bleed freely into my voice.

“An undercover reporter, doing a story on the CBI.”

“Ah. Well, then, I guess you shouldn’t have gotten into that food fight with Thompson in the lunch room yesterday.”

“I was speaking metaphorically. Anyway, Belden, the supervisor told us to work with him. He’s convinced that Lars is a CBI agent.”

Belden shook his head, adamant. “Mark my words, he’s faking us out.”

My gaze drifted, settled on Lars’ glasses. I had begun to wonder if they really were fake when Lars returned. He stopped in front of Belden, an air of expectation in his posture.

Lars settled in. “Agent Holmes, you and I will go over these numbers. Agent Belden, get me some coffee.”

I stared at him, but he casually put his glasses on and opened a folder. Then I looked at Belden. He stared down at Lars, rigid from his toes to his eyebrows. His expression was, in all the years we had worked together, new to me; I couldn’t read it. Yet I thought it was the expression of a man in a supreme act of self-control—or plotting retaliation.

Belden grasped the edge of the desk and leaned in. “You know, Lars, ever since you first showed up with your glasses and your briefcase and your attitude, there’s something I’ve been wanting to tell you.”

Lars closed the folder, granting Belden his full attention. “What is it?”

Belden opened his mouth, but it took a moment for the words to come out. “Cream or sugar?”

Belden nodded—a jerky sort of nod, as if he wasn’t used to the motion—and took himself away.

I looked at Lars, who had quietly resumed his work. “You’re doing a good job of testing him.” So good I had started to think that some of it was just his personality coming through.

He didn’t answer. Lars paged through the file, and I watched. And for no good reason, it suddenly came into my mind that maybe Belden had a point after all. If Lars wasn’t a reporter, maybe he was something else we didn’t know about.

This weekend, Sweet Green Paper is on a Kindle Countdown sale. It will be 99 cents – 67% off its list price – through Sunday. Then it will go up to $1.99 for another three days, and finally will revert back to its list price on May 22.

Sweet Green Paper is an Adventure of Christian Holmes, a humorous detective series. Excerpts are available on Amazon and on Goodreads.

This was a thoroughly enjoyable read. I like mysteries, and I loved the interactions between the characters. I would recommend this one. – 4-star Amazon review

After years of living out his adventures on the pages of SALT Magazine, Christian Holmes has entered the world of e-publishing. Two of his adventures are now available on Kindle Amazon: Inspection and Sweet Green Paper.

I am putting out a call for reviewers – for anyone who will, in exchange for a book, post a review on Goodreads or Amazon (preferably both). Review copies will be given in MOBI, e-Pub, or PDF.

The Adventures of Christian Holmes is a series of short detective stories, lighthearted and appropriate for younger audiences. If you are interested in reviewing one or both of these stories, e-mail me at info[at]shannonmcdermott.com. Please specify what format you would like, and where you plan to post your review. 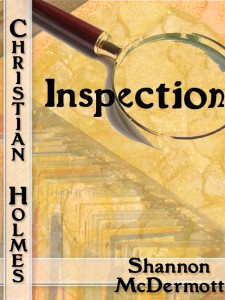 I’ve been busy this past week, with various projects. One of these was getting onto Amazon.

The Last Heir is now on Amazon, eligible for free shipping and boasting one review. I also published Sweet Green Paper: An Adventure of Christian Holmes to Amazon Kindle. I enrolled it in KDP Select, making it free to rent for Amazon Prime Members.

And getting, incidentally, free promotional days. A promotion is set for this weekend, September 14 and 15; Sweet Green Paper will be available for free download then.

Beyond this, I’m busy editing my novella Summer Leaves (a companion story to Beauty of the Lilies) and making preparations to begin my next novel. Last Saturday I had thought I was about ready to write the first scene, but while planning it out, I decided to do some further research. I should stockpile some more scientific facts.